Suspect allegedly attacks woman and hits her in head with hammer 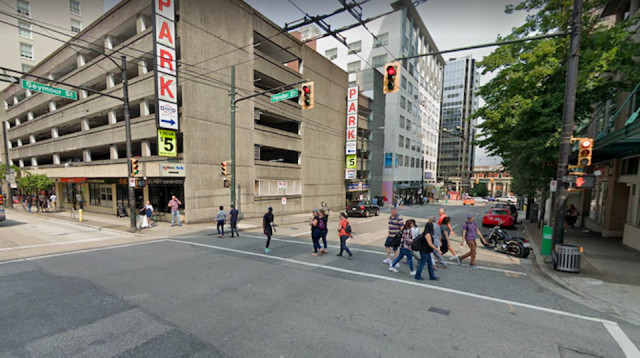 Photo: Photo via Google Maps.
A Coquitlam womanÂ was walking with a group of friends on Seymour Street near Pender Street when she was suddenly attacked from behind on Sept. 25, 2022.

A woman was allegedly attacked and struck in the head with a hammer in an unprovoked attack in downtown Vancouver Sunday (Sept. 25) evening.

Just after 6:15 p.m., a 33-year-old Coquitlam woman was walking with a group of friends on Seymour Street near Pender Street "when she was suddenly attacked from behind," explains a Vancouver Police Department news release.

“The suspect did not know the victim and didn’t have any previous contact with the group,” says VPD Const. Jason Doucette. “This random attack could have been much worse if bystanders hadn’t helped out by sheltering the victim and calling 911.

"The victim, obviously shaken, was taken to hospital with non-life-threatening injuries."

Using information provided by witnesses, VPD officers arrested a 27-year-old suspect nearby and recovered the weapon.

Shaundrea Janette Lynxleg has been charged with assault with a weapon and remains in custody.

Members of the public are encouraged to call 911 if they are witnessing a crime, or have an immediate concern for their safety or the safety of others.