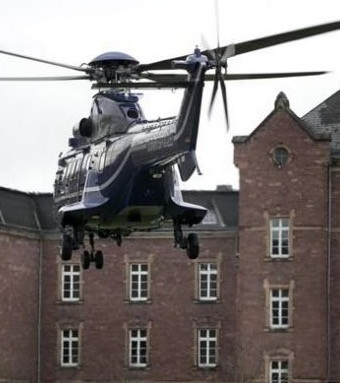 Kentucky man who shot classmates in '97 imprisoned for life

A Kentucky man who killed three fellow students and wounded five others when he was 14 years old will have to spend the rest of his life in prison without another opportunity to seek parole, the Kentucky Parole Board voted Monday.

Michael Carneal, now 39, told parole board members last week that he would live with his parents and continue his mental health treatment if they agreed to release him.

He admitted that he still hears voices like the ones that told him to steal a neighbor’s pistol and fire it into the crowded lobby of Heath High School in 1997. However, Carneal said that with therapy and medication, he has learned to control his behavior.

Several of those wounded in the shooting and relatives of those who were killed also spoke to the parole board panel last week. Most expressed a wish for Carneal to spend the rest of his life in prison.

Carneal told the panel there are days that he believes he deserves to die for what he did, but other days he thinks he could still do some good in the world.

She informed him that his inmate file listed his mental health prognosis as “poor” and says he experiences “paranoid thoughts with violent visual imagery.”