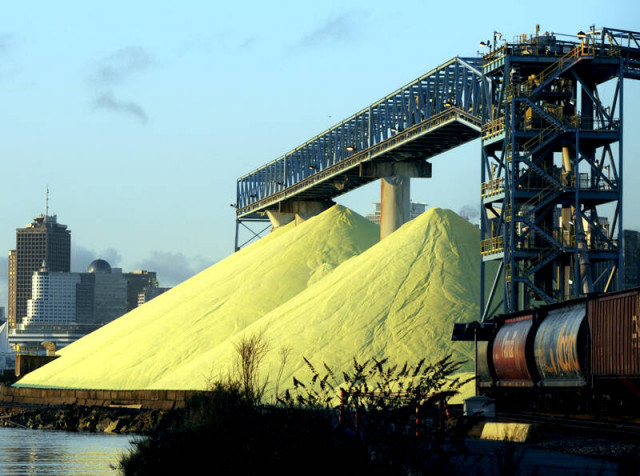 Grain shipments from port terminals in the Port of Vancouver plummeted in the first half of the year, leading to overall cargo shipments falling 11 per cent over the same period last year.

That has largely been a result of a poor harvest on the prairies, said Robin Silvester, CEO of Vancouver Fraser Port Authority, combined with flooding in B.C. in 2021 that disrupted rail lines carrying grain to the port.

But Silvester said the good news is grain exports are rebounding in the second half of the year, especially as the war in the Ukraine puts pressure on global supply.

Other commodities that ship through North Shore port terminals are seeing an increase in demand as well.

“It’s been a really complicated couple of years and a complicated six months,” Silvester said.

Potash – mined chiefly in Saskatchewan and a main ingredient in fertilizer, shipped through Neptune Terminals – was stable in the first half of the year and is now seeing increased demand as a result of restricted global access to supplies in Russia and Belarus, Silvester continued. Much of Canadian potash is shipped to countries in Asia.

The renewed demand for grain and potash shows how Canadian products play a major role in feeding the world, Silvester said. “A big part of that is exported through the North Shore.”

Shipments of metallurgical coal used in steelmaking, shipped through Neptune Terminals, among others were up about six per cent and remain steady, he said.

Demand for sulphur up

Sulphur – one of the most visible of North Shore port commodities, which make up the bright yellow piles visible from the Lions Gate Bridge – was also up by 20 per cent in the first half of this year over the same time frame last year. It is used in everything from fertilizer to batteries.

With reduced pandemic restrictions, cruise ships have also rebounded in the port, Silvester said. At first those ships weren’t as full as they would have been in the past, but that is improving, he added.

“Seeing the first cruise ship in two years sail under the Lions Gate Bridge this past April was quite emotional for the port community,” he said.

Silvester said with a couple of exceptions, the current strike by Seaspan tugboat captains and engineers has had limited impact on the port. Those tugboat captains, who work for Seaspan’s marine and barge division, have been on strike for the past month.

Since last year, the port has been the focus of a request by Vancouver Drydock to expand, which would add additional docks to the east of the current drydock. That has been met with opposition from residents in nearby waterfront condos. Silvester said he anticipates the port will make a decision in the next few months.