Hospital fire in one room 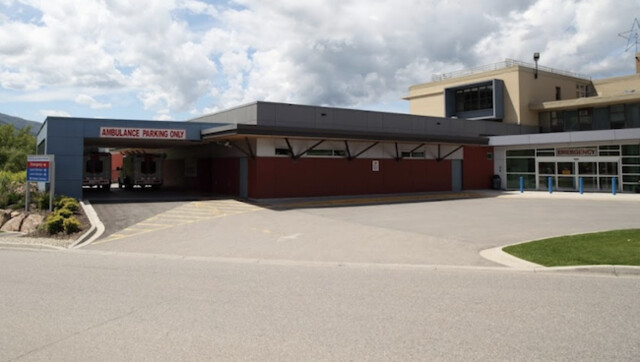 A fire at the Shuswap Lake General Hospital Friday evening was limited to a single room and only the second floor of the hospital had to be evacuated because of the incident.

Salmon Arm Deputy Fire Chief Gary Lebeter said crews were called to the hospital at 7:15 p.m., but when they arrived, the fire-suppression sprinkler system had already put out the flames.

Lebeter said there was one patient in the room, and he was safely evacuated from the area.

“There was a fair bit of water and smoke damage in the room,” said Lebeter. “Our crews helped staff and ambulance move all the patients up to the fourth floor.”

Fire crews also helped get the water turned off to prevent more damage and they ventilated smoke from the floor.

Lebeter said having a fire in a hospital is quite concerning, but fortunately there were no injuries to patients or staff.

There are reports the Salmon Arm Fire Department was called to the Shuswap Lake General Hospital Friday night.

A tweet from the @Shuswapscanner said crews from fire halls two, three and four were called to the hospital on 10th Street SE.

There are unconfirmed reports the fire suppression sprinkler system was activated in at least part of the building.

Castanet will have more details as soon as they become available.