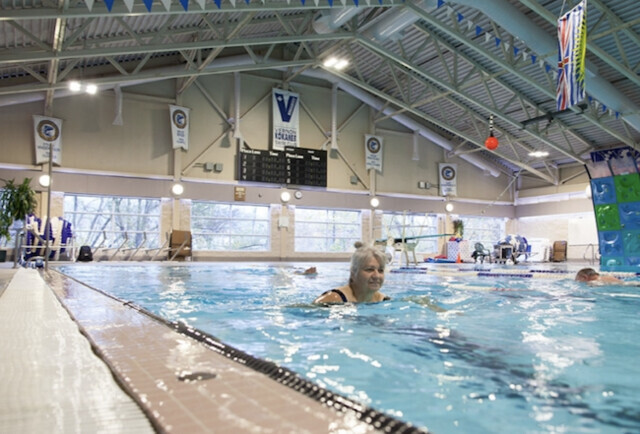 The Vernon Aquatic Centre reopening has been delayed following its annual maintenance shutdown.

The aquatic centre was originally scheduled to reopen Monday.

“While refilling the lap pool, some minor issues on the basin of the pool were identified by staff and the decision was made to delay the opening of the facility in order to carry out repairs,” said Doug Ross, recreation services director. “While it’s unfortunate to delay the opening, this is a case of repairing a minor issue so it doesn’t become a bigger issue.”

A release from the city said repairs to the lap pool are being made as quickly as possible and once complete, the pool will be filled and brought up to temperature, which takes several days.

The aquatic centre is now scheduled to re-open Oct. 1, for the first day of the new Lifesaving Society Swim for Life swim lessons.

A project to replace the upper platform of the waterslide was also scheduled to take place during shutdown, but it too has been delayed. After an initial inspection by an engineer, it was believed the replacement of the upper deck would allow the waterslide to be reopened.

However, following a further inspection during the shutdown, the engineer identified additional issues and has now recommended the entire waterslide platform and stairs be repaired or replaced. Because of this, the waterslide will need to remain closed for an undetermined period of time.

Administration is in the process of looking at options for materials and how and when the work to repair or replace the platform and stairs may be carried out.

“We are disappointed we won’t be able to re-open the waterslide right now,” said Ross. “Unfortunately, this is an example of working to properly maintain aging infrastructure.”

Recreation Services staff are now in the process of adjusting programming and notifying participants of the delayed reopening of the aquatic centre.

A number of major projects were completed throughout the facility during the maintenance shutdown.

Both the lap and leisure pool basins were sandblasted down to bare concrete and repainted.

The sauna walls and benches were replaced with new cedar, and most areas of the change rooms were freshened up with new paint.

All of the lockers were repaired and cleaned as required.

The other major project that was completed was the installation of new secondary UV disinfection systems for the leisure pool and hot tub. The new UV systems are replacing the old ozone disinfection system that had become problematic in recent years. Chlorine is still used as the primary disinfection method as required in the BC Public Health Act – Pool Regulations.