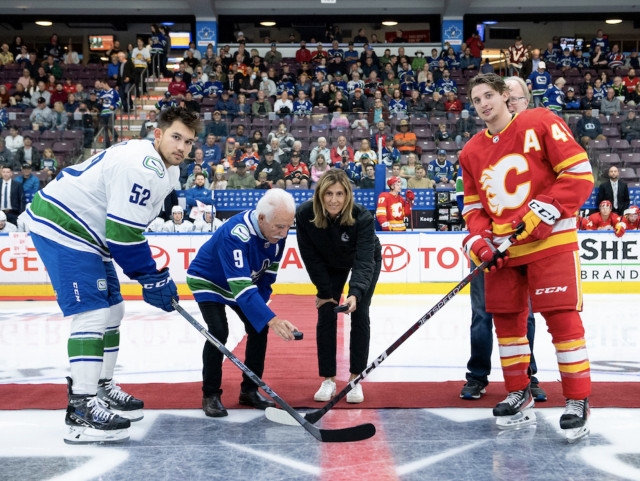 The best up-and-coming prospects of the Vancouver Canucks, Edmonton Oilers, Calgary Flames and Winnipeg Jets are hitting the ice in Penticton, with a weekend full of hockey.

The games began on Friday, with competition between Winnipeg and Calgary followed by a face-off between Edmonton and Vancouver.

The City of Penticton shared photos of the action on Friday night.

The competition continues with a game on Saturday night, Sunday afternoon and two on Monday.

On Sunday, there will be a family-friendly "Party on the Plaza" in front of the South Okanagan Events Centre to celebrate, including a by-donation BBQ with proceeds going to local minor hockey, giveaways, road hockey, bouncy castles and more.

Meet the Canucks mascot Fin, interact with other fans, and catch the Young Stars in person.

For the full schedule and to grab tickets for any game, click here.