Work to start at Peanut Pool 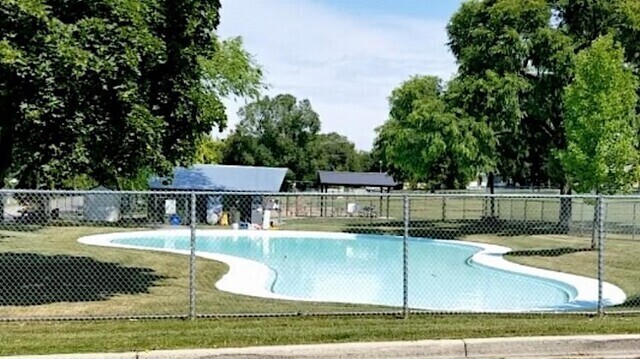 Site preparation work is set to begin on the Lakeview (Peanut) Pool revitalization and that means removing trees.

But there are plans to plant many new trees at the popular East Hill green space.

Site preparation for the construction project will begin Friday and will include the removal of trees in close proximity to the existing wading pool, followed by demolition of the existing pool basin and washroom building.

According to the city, during the initial planning phase of the revitalization project, the project team had hoped to limit tree removals.

However, after consultation with a professional arborist, completing the geotechnical investigation and reviewing the final design, it was determined excavation and construction will damage the tree roots and weaken the tree structure because a substantial amount of clay soil will need to be removed to prevent shifting of the new building or pool basin and underground pipes.

“The large, aging elm trees in Lakeview Park have been in decline for many years. The trees around the pool will be removed during the construction project as they have shed large, heavy branches during recent storms,” said Kendra Kryszak, parks and public spaces manager. “Public safety takes priority when making these decisions.”

“Through the public engagement process for this revitalization project, we learned that shade trees are very important to our park users,” said Gary Lefebvre, aquatics manager. “Therefore, the project team is committed to ensuring there are plenty of trees planted that will provide shade for future users of this cherished park space.”

Construction fencing will be installed at the site as part of the preparation work, so access to Lakeview Park off 18th Street will be temporarily reconfigured for park users.