Cabin destroyed by wildfire on remote shores of Shuswap Lake 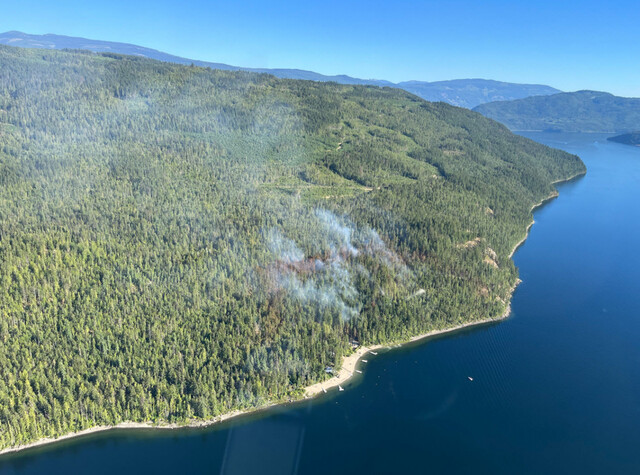 A cabin has been destroyed by a wildfire burning along Shuswap Lake in a remote area southwest of Seymour Arm.

The Mount Grice-Hutchinson fire is now pegged at 7.9 hectares and is suspected to be human caused.

“In an effort to protect the additional cabins in the boat-in only area, BC Wildfire Service has deployed a structure protection unit,” said the Columbia Shuswap Regional District on Thursday.

The unit will set up multiple sprinkler systems around structures.

Details about the cabin that was "completely lost" to the fire are not available.

An evacuation alert is in place for the cabins in the Mount Grice-Hutchinson area.

The fire is burning in heavy timber on a west-facing slope, with rank one and two fire behaviour — mostly a smouldering surface fire with open flame and a slow rate of spread.

The BC Wildfire Service is attacking the fire with both ground and air resources, including helicopters and air tankers.

The public is asked to stay clear of the area to avoid interfering with firefighting operations. 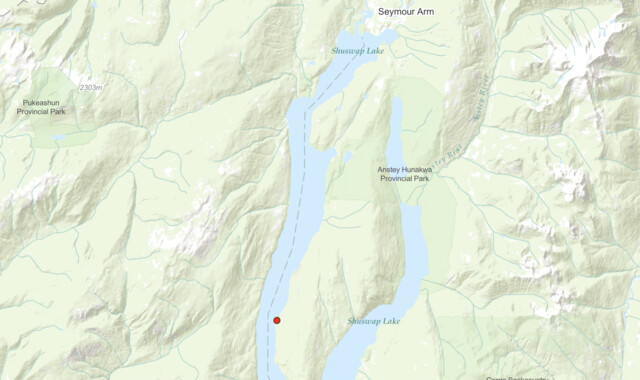