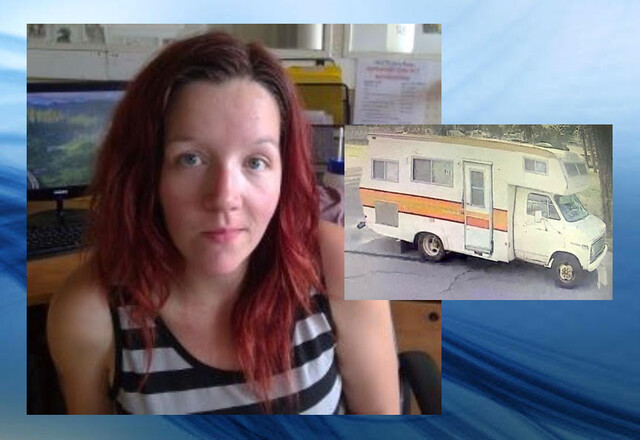 Photo: RCMP
Jayde-Lyne Heard and a motorhome police believe she might be travelling in.

Kamloops Mounties are again asking for tips that could lead to the whereabouts of a missing woman — and now they’re providing some details about the man she’s believed to be travelling alongside.

Prior to that, investigators believe she was spotted getting into a motorhome at the 7-Eleven on Seymour Street on Aug. 2.

The pair might be in a White 1976 Frontier motorhome with B.C. license plate NS3 45F. The RV has an orange stripe painted down each side.

Heard is described as a woman standing five-foot-eight and weighing 135 pounds with long reddish hair and an unknown tattoo on her upper right arm.

Engman is described as a 49-year-old white man standing five-foot-seven and weighing 170 pounds with blond hair.