She’s still rattled by what happened.

Jhody Batiste and her partner Andre Henry were kicked off a Toronto to Kelowna Swoop flight on August 10.

She went live on Instagram when an interaction with a flight attendant escalated after Jhody asked another passenger to switch seats so she and Andre could sit together.

At first, she was told she would have to pay extra for the seat change, then she was told there was a weight balance concern.

An air passenger rights advocate has been following the story.

“The whole story comes across as, at the very least a serious power trip, but I do think that this does feel and smell like a case of racism,” said Dr. Gábor Lukács, president of Air Passenger Rights, Canada’s independent nonprofit consumer advocacy group for air travellers.

Lukács has been lobbying for years for better passenger protections but isn't happy with proposed new federal regulations that are supposed to make it easier to get compensation.

“There was ZERO Racism as I was THE PILOT of the flight and I am a BLACK man which you failed to inform the crowd,” said the comment.

He argues that Jhody was told three times that she needed to be in her assigned seat for takeoff and could then move to the other seat.

“He didn’t try to mitigate the conflict, even though there wasn’t any. He didn’t find out what was going on. Because he had the final say to say well it’s unsafe to fly the plane with me and Andre on the plane,” responded Batiste.

“And when we were leaving the plane I said to him, who do we call, where do we go, who do we talk to? And he just stood there and looked at me as if I was nothing.”

During the back and forth with the flight crew, other passengers spoke up in defence of the couple. One woman told them to collect the phone numbers of others on the flight and that she would definitely say something on Jhody and Andre’s behalf. She called their treatment shameful. Another woman piped up saying everyone should file a complaint.

Swoop has since apologized and reimbursed the couple for the WestJet flight they ended up taking to get home. Still, Jhody is struggling to understand why this happened to them.

“I searched deep in my soul to think of what did I do to her for her to treat me this way? I did absolutely no wrong.

“I could understand if I said something rude or tried to disrespect her boundary, but I didn’t in any shape or form. So it’s just mind-boggling to me as to why this happened,” she added.

Swoop issued a statement in response to our inquiry about the incident.

“We can confirm on August 10, a couple was escorted off flight WO 315 due to safety concerns reported by the operating crew. The safety of our travellers and crew members is of the utmost importance, and at the time of the reported incident, the crew made the decision to remove the travellers from the flight.

“Swoop has zero-tolerance for racism and discrimination of any kind. We take these matters very seriously and immediately launched an investigation into this file. We strive to make all travellers feel welcome and comfortable and regret that was not the experience some travellers had on this flight. We are reviewing the incident internally and have been in contact with Ms. Batiste directly to follow up on her concerns.”

Gabor Lukacs adds that paying for the couple’s WestJet tickets might not have been an altruistic gesture by Swoop.

“I’m not sure if that’s why they did what they did. I want to caution about that. I suspect that they were concerned about the public repercussions of this,” said Lukacs.

He suspects the discount airline was hoping the story would just go away.

Despite the apology and being reimbursed for the WestJet tickets, Jhody says she will never fly Swoop again. 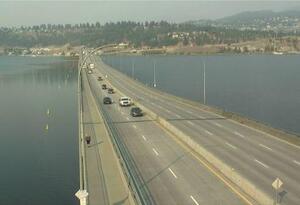