8-ball league wants new members ahead of return to play

8-ball league back in action

The Kelowna Eightball Association is making its return to league play after COVID-19 shut down the sport for nearly three years.

According to league President Chad Buchfink, pool players are just itching to rack ‘em up to play some eightball.

“COVID, like the rest of us, shut us down for a couple years, and it’s been two-and-a-half years now and we're looking to get back into things and looking for some new members," explained Buchfink. "A lot of pool players, especially avid ones, have pool tables at home. But it’s not the same as going out and having a few drinks with some friends and competing and having something to play towards.”

The Kelowna Eightball Association has been home to hundreds of local pool players in the past, but they’re looking to grow the sport with more memberships for the upcoming season.

“It’s a league that’s got about 250+ members, 40 teams. We play every Monday night, membership fee is $40 bucks per member for the year, but you get free pool and get to come out and have a few beers with your buddies," said Buchfink.

If you consider yourself a pool shark or if you’ve never picked up a pool cue before in your life, the Kelowna Eightball Association is open to all skill levels.

“All skill levels, of course. It’s not a pro league, we’re just having fun out here, and you know, having a few drinks and laughs together. There are a lot of good pool players in the league, but there are a lot of noobs too and they have a lot of fun. Really it’s just about a social event and getting back out there.”

The Kelowna Eightball Association is back on September 19, and the league runs until April 2023 and will be playing at at least 12 different locations across Kelowna. 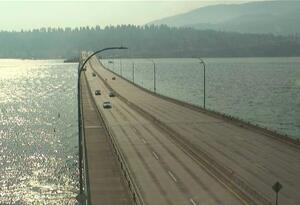