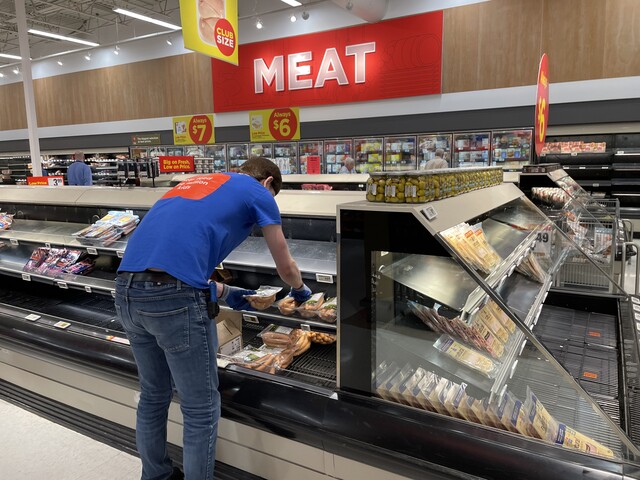 Photo: Cindy White
Staff was restocking coolers Wednesday afternoon after an refrigeration units were off for several hours overnight.

Shoppers contacted Castanet earlier in the day to report that the refrigerators appeared to have malfunctioned and access to things like milk, eggs and other chilled and frozen items was blocked off.

“What a waste, Superstore Westbank had a refrigeration system meltdown,” wrote one customer.

A staff member in the meat section was overheard telling customers that the coolers were off for seven hours overnight.

By 1:30 p.m. Superstore employees had started refilling the meat section, and there was ground beef and some chicken available.

Castanet has contacted Loblaw, the parent company of Superstore, to request further details. 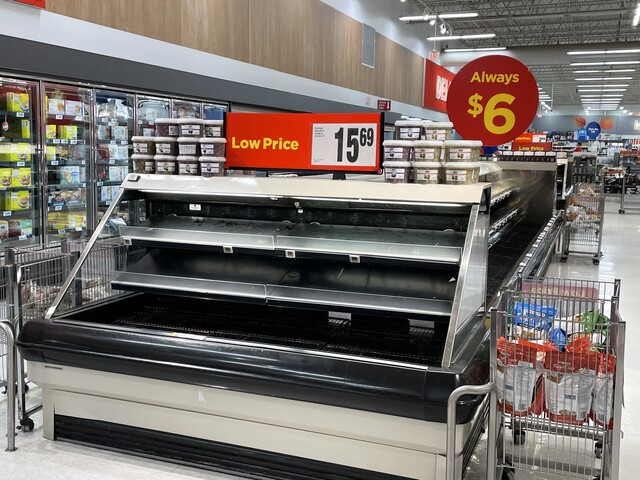 Photo: Cindy White
Many of the coolers were still empty at 1:30 p.m. Wednesday.