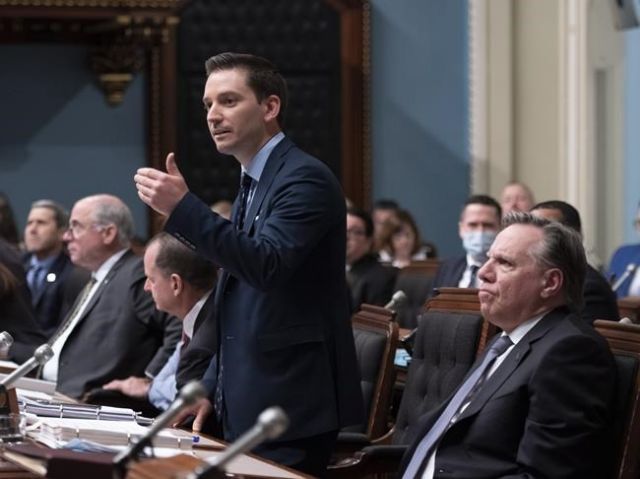 Photo: The Canadian Press
French Language Minister Simon Jolin-Barrette responds to the Opposition while Quebec Premier François Legault, right, reacts during question period on June 1, 2022, at the legislature in Quebec City. Jolin-Barrette says new data from the Canadian census shows the French language is in danger in the province. THE CANADIAN PRESS/Jacques Boissinot

Simon Jolin-Barrette told reporters in Quebec City the province is at a linguistic crossroads and that it's time to stop the decline of French.

Data released by Statistics Canada today shows that the percentage of Quebec residents who predominantly speak French at home declined to 77.5 per cent in 2021 from 79 per cent in 2016.

The federal statistics agency says the percentage of Quebec residents whose first official language was English rose to 13 per cent in 2021 from 12 per cent in 2016.

But she says she worries politicians will use the new data to portray her community as a threat ahead of the province's fall election.