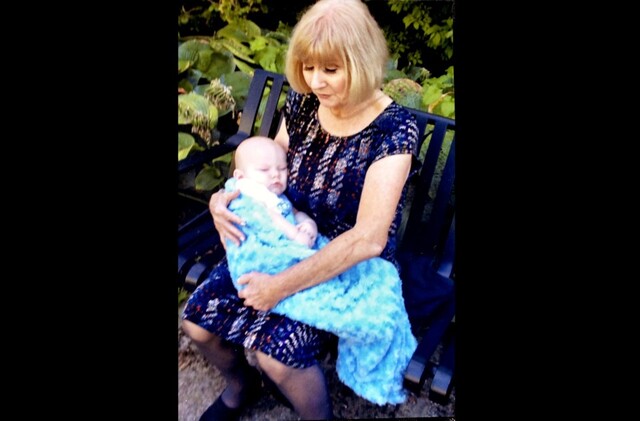 A Delta man says police are slowly beginning to tell him what led to his mother’s death in a collision with a combine harvester on a dark rural road in 2021.

Joan Sherry, 77, died at about 9:45 p.m. on Oct. 1, 2021. Her 2019 Nissan Sentra struck the BC Frozen Foods-owned combine in the area of Highway 17A and Ladner Trunk Road. It was operated by Jasdeep Singh Sandhu, Delta Police Department records obtained by son Norm Sherry show.

Those records said the combine should not have been on the road, its operators disobeying at least two provincial regulations.

Norm wants to know why that decision was made and what merits charges in such a case.

“Do you have to kill two people? Does it have to be a family with young children?” he asked. “Something just doesn’t add up.”

Delta Police Department Insp. Heath Newton said the evidence collected in the investigation did not meet charge approval standards under the Criminal Code and that other enforcement action was taken.

“As this matter is still ahead of the courts, we cannot comment any further,” he said.

BC Frozen Foods did not respond to Glacier Media's request for comment.

The police report said the machine was operating at night, moving about 30 km/h and had no lighting or flagging on it. Sherry had been travelling about 90 km/h, the speed limit.

There were no streetlights.

It said Sherry, a Yellow Cab graveyard shift dispatcher, drove into the back of the combine without braking or manoeuvring to avoid a collision.

The Nissan crumpled beneath the machine, its top completely destroyed. The combine sustained little damage outside a bent rim and flat tire.

Sandhu immediately stopped, checked on the Nissan and called 911.

Police said the lights on the harvester’s front were working and that the rear ones were plugged in. They were unable to determine at the scene if the lights had been operational at the time of the impact. A flashing lamp was disconnected.

“The farm vehicle was in no condition to be on the road,” a report said, later noting it was not in compliance with B.C. motor vehicle regulations.

“A driver approaching the vehicle would find it difficult to observe the hazard on the roadway,” the report said.

Sherry was fatally injured and died at the scene despite medical attempts to assist her.

Police spoke to witnesses who said they too had passed the vehicle on the same stretch of road and that the harvester was hard to see.

An April 19 Delta Police Department report said the collision investigator’s opinion was that the collision was a result of “BC Frozen Foods failing to maintain the farm vehicle, properly training staff, or even having the knowledge themselves to safely transport a farm vehicle on a highway.”

Another report said there was “clear undisputable evidence that BC Frozen Foods were disobeying several motor vehicle regulations and Commercial Transport Act regulations.”

“One witness advised that the driver of the car he was in swerved at high speed to change lanes to avoid a collision,” records said.

Norm said it took an order from B.C.’s Office of the Information and Privacy Commissioner to get the records released. He said police initially told him only his mother or BC Frozen Foods could request the records.

That left him shocked.

When the records were released, they were heavily redacted.

“They fought us every step of the way,” he said of the Delta police. “We just also want to prevent a family from having to go through this again.”

Norm said the family has considered starting a civil lawsuit.

“It’s not about the money,” he said. “It’s about accountability.”