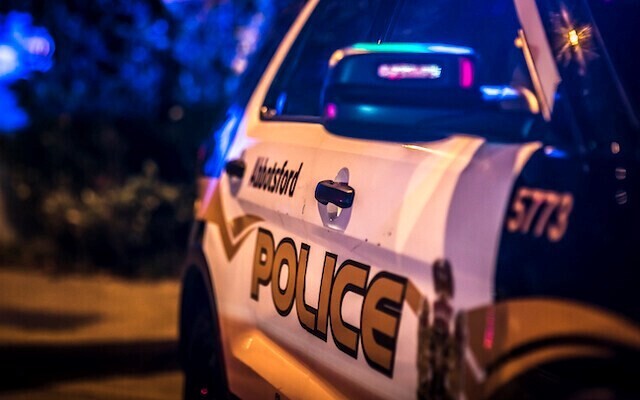 Police in Abbotsford, B.C., have released a description of the suspect in what they say was a possible attempted abduction of a child.

The department's major crime unit says the child described the man as being around 40 years old and standing about 5-10, with dark skin, a medium build, short brown hair, a full beard, a silver piercing through the front of his nostrils and a tattoo of a flower on his left arm.

Police say the child, who was not hurt, reported that a man reached through the open window of a ground-floor bedroom of a home on Abbotsford's east side around 8:30 p.m. Monday, pulling the youngster out.

They say the man pulled the child along the side of the home and out to the road before he managed to break free.

The suspect fled and could not be found when police arrived.

Anyone who sees a man matching the description of the suspect is asked to call police immediately.

Detectives are checking surveillance cameras in the neighbourhood and want to speak to anyone who might have seen something suspicious.

Police previously said the case is a reminder that windows and doors should always be locked.

A child is unhurt after what police in Abbotsford, B.C., describe as a possible attempted abduction.

A statement from Const. Jody Thomas says an unknown man tried to pull the youngster from a ground floor bedroom window of a home on Abbotsford's east side.

It happened just before 9 p.m. Tuesday.

The child managed to break free and the man could not be found when police arrived.

The statement says the preliminary details are being released as a precaution and this case is a reminder that windows and doors should always be locked.

Detectives are checking surveillance cameras in the neighbourhood and want to speak to anyone who might have seen something suspicious.