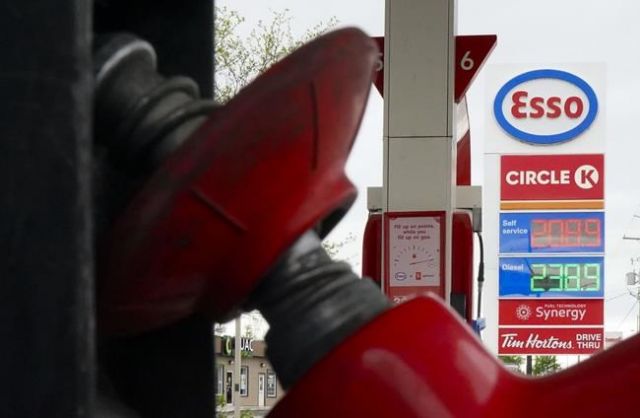 Photo: The Canadian Press
Gas prices are displayed in Carleton Place, Ont., on May 17, 2022.

Canada's year-over-year inflation rate slowed to 7.6 per cent in July, with the deceleration largely driven by a decline in gas prices.

The inflation rate hit a nearly 40-year-high of 8.1 per cent in June, but economists were widely expecting inflation to have since slowed.

In its latest consumer price index report, Statistics Canada said the rise in prices in July was the smallest monthly gains since December 2021.

It also marks the first decline in year-over-year inflation since June 2020.

The federal agency said gas prices rose 35.6 per cent year-over-year in July, compared with 54.6 per cent in June.

“Ongoing concerns related to a slowing global economy, as well as increased COVID-19 pandemic public health restrictions in China and slowing demand for gasoline in the United States led to lower worldwide demand for crude oil, putting downward pressure on prices at the pump,” the report said.

But while gas prices declined, food prices at grocery stores rose at the fastest pace since August 1981, with prices up by 9.9 per cent on a year-over-year basis compared with 9.4 per cent the previous month.

As mortgage costs increase with higher interest rates, the report notes rent prices are accelerating, rising faster in July than the previous month.

With more Canadians travelling during the busy summer season, airfares rose by around 25 per cent in July compared with the previous month. Traveller accommodation prices rose by nearly 50 per cent since a year ago, with the largest price increases in Ontario.

As countries around the world struggle with skyrocketing prices, there are some signs inflation is beginning to ease, with the U.S. seeing its inflation rate decline in July as well.

Still, inflation is well above the Bank of Canada’s two per cent target.

The central bank is watching the latest reading of inflation as it gears up to make its next key interest rate on Sept. 7, when it’s expected to raise borrowing rates again.

Economists believe the inflation rate may have already peaked given the recent drop in gas prices, which fuelled May and June's inflation reading.

RBC is forecasting the year-over-year inflation rate fell from a nearly 40-year high of 8.1 per cent in June to 7.7 per cent in July.

As countries around the world struggle with skyrocketing prices, there are some signs inflation is beginning to ease, with the U.S. seeing its inflation rate decline in July.

The Bank of Canada is set to make its next key interest rate announcement on Sept. 7 and is expected to raise borrowing rates again.

The central bank is hoping its interest rate hikes will bring inflation back down to its two per cent target without triggering a serious economic downturn.