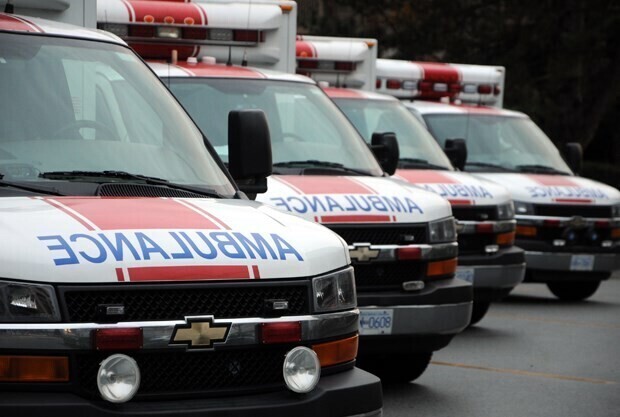 Ashcroft Mayor Barbara Roden says she was sad, angry and “beyond frustrated” upon hearing an ambulance took nearly 30 minutes to reach a village resident who was in medical distress and died at the scene.

Roden said this is the second time in less than a month that a resident needed emergency medical care with paramedics half an hour away.

“It's frustration, anger, sadness at something like this happening again. It's beyond frustrating to see this happen,” Roden said.

According to Roden, an Ashcroft man was walking his dog on Sunday morning and collapsed. A neighbour found him and contacted 911, and was informed that the ambulance was 35 minutes away.

Roden said a similar event happened just four weeks earlier. In both incidents, the volunteer fire department received a phone call asking if they could assist.

“Our volunteer firefighters are not trained as medical first responders. But the fire chief said — as he did back in July — that he would go basically as a private citizen, to help out, to see what he could do,” Roden said.

“He took the AED from fire hall and a couple of other firefighters arrived in their personal vehicles to see if they could help out. And they and a couple of neighbours were performing CPR until the paramedics arrived.”

"They're waiting and waiting for the ambulance. And it's frustrating that it's happened again,” she said, adding that she’s heard now from more people who have experienced long wait times.

Roden said she had to call 911 on someone’s behalf, and while she said it wasn’t an emergency situation, it took an hour and 10 minutes for the ambulance to arrive.

“It’s got a lot of people very fearful here in Ashcroft and the surrounding area that’s served by the Ashcroft ambulance station, because people want to know that when they phone for these health care services — or whether they go to an emergency department — that it will be available for them,” Roden said.

BC Emergency Health Services confirmed in a statement that paramedics received a call to respond to a patient in Ashcroft on Sunday, at 8:41 a.m.

According to BC EHS, the closest available ambulance was immediately dispatched and local firefighters were also requested to help.

“The ambulance paramedic crew arrived on scene at 9:09 a.m. to take over care from the firefighters on scene. No patients were transported from the scene,” BC EHS said.

BC EHS said it will be reviewing the event “given the lengthier response time for this type of call.”

BC EHS said it has experienced staffing challenges, but has made “significant changes and investments to improve and stabilize” staffing since last year, including the addition of more than 500 new full-time and part-time paramedic positions in rural areas.

According to BC EHS, about 76 per cent of all permanent positions at BC EHS are filled.

“We have a robust, national recruitment campaign underway to fill vacant positions,” BC EHS said.

Roden said it’s important for BC EHS to review the incidents, but she also wants to see the agency identify and address the underlying causes of long wait times.

She said she would like to see paramedic recruitment efforts focus on rural areas of the province.

“If you want ambulance paramedics in rural communities, recruit people who are already there, who know that lifestyle, who love rural B.C. … I think that way, you're going to have a lot more stability in the paramedic service.”

Troy Clifford, president of Ambulance Paramedics of BC, said BC EHS needs to be held accountable for these types of incidents.

"If they haven't provided the services to these communities that they are mandated to do, they need to say why and what they're doing to fix it. And I haven't seen that,” Clifford said.

Clifford said in some instances, paramedics need to leave the community to transfer patients, and in those cases, it should be covered by another ambulance — something that is difficult with ongoing staffing issues.

“They're so short staffed everywhere that they're really just relying on, in some situations, just fate that nothing will come in. And that's absolutely no way to run an emergency ambulance service,” Clifford said.

-With files from Cindy White