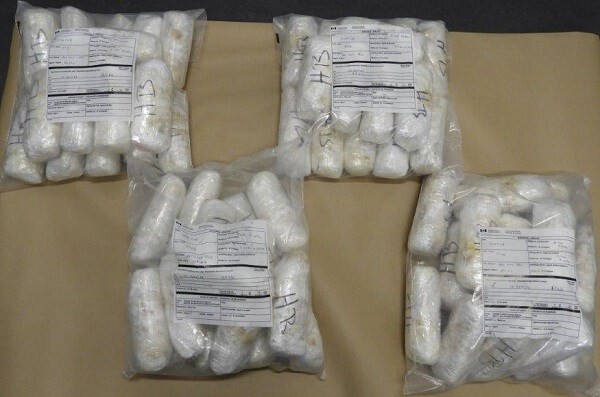 Photo: RCMP FSOC
Some of the drugs found in trucker Sarbjit Chahal's rig.

A Surrey trucker has been sentenced to four years in prison after being found to have smuggled 33 kilograms of methamphetamine into Canada, from the United States, the BC RCMP announced Aug. 15.

Sarbjit Chahal was arrested on Nov. 18, 2018 after Canada Border Services Agency screened his inbound tractor-trailer at the Pacific Highway Border Crossing in Surrey.

A jury trial in New Westminster Provincial Court took place last November and the jury found him guilty on July 22, the police stated. Chahal had claimed in court that he knowingly committed the offences while under duress, due to having received death threats from an individual who had asked him to act as a drug runner, added police.

Chahal received four years in jail for import/export of a controlled substance, and two years and six months of jail time for the possession charge. The sentences will be served concurrently.