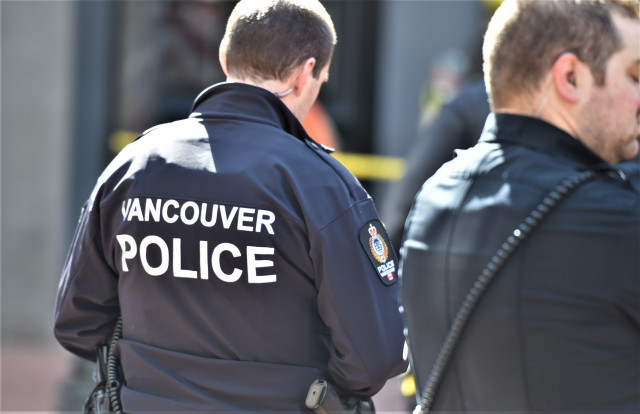 Photo: Brendan Kergin / Vancouver Is Awesome.
Police were patrolling nearby when a woman attacked an 89-year-old man in Chinatown Aug. 13.

A 58-year-old woman has been arrested and charged after an 89-year-old man was attacked in Vancouver's Chinatown this weekend.

"The 89-year-old victim was walking alone near Main and Keefer Street around 10:45 a.m. yesterday (Aug. 13) when a woman he didn’t know approached and knocked him to the ground," police state in a media release. "The man, who lives nearby, suffered cuts and scrapes."

Police add that they believe Saturday's attack was unprovoked.

"Officers were patrolling the area at the time of the attack, and quickly responded to help the injured senior and arrest the suspect," they note in the release.

Patricia MacDonald has been charged with assault in the case after her arrest. She's since been released.

The attack follows the assault of a well-liked security guard who works in Chinatown. On Friday, Aug. 12 the 64-year-old was working in Chinatown when a 44-year-old man allegedly attacked him. Bystanders were able to intervene.