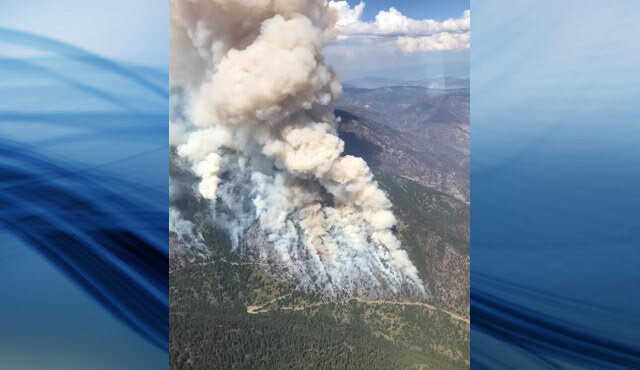 According to BCWS, fire behaviour remains relatively stable due to moderate temperatures and increased humidity Friday and Saturday.

On August 12, sections of the fire received between two and six millimetres of rain. This reduced fire behaviour, permitted crews to do more direct attack and progress containment lines.

The fire remains stable along the western side of Highway 3A, and operational objectives remain mostly the same.?

The Northwest flank continues to be the most active section of the fire, suppression efforts are challenged by steep terrain that is inaccessible to crews and heavy equipment.

A ridge of high pressure will settle over the province, earlier next week and daytime temperatures are expected to rise.

Fire behaviour at the Keremeos Creek wildfire remained stable over the weekend, but the BC Wildfire Service says a shift in wind direction could increase activity on Sunday.

New mapping from BCWS estimates the wildfire, burning southwest of Penticton, is now estimated to be 6,948 hectares in size.

In a Saturday night update, BCWS said crews have been able to use direct attack methods and progress containment lines due to the mild temperatures and increased humidity experienced over the fire.

BCWS said the northwest section of the fire remains the most active.

“Suppression efforts are challenged by steep terrain that is inaccessible to crews and heavy equipment,” BCWS said.

“Where possible, crews are using direct attack along the northwest corner of the fire.”

To the southwest, firefighters have set up a water delivery system around Winter Creek, and crews continue mopping up and patrolling along Olalla Creek Road and Highway 3.

“Night operations are continuing to monitor the fire’s edge up to the Olalla FSR for any spillover caused by rolling debris,” BCWS said.

BCWS said nearby communities can expect to see smoke within the fire perimeter over the coming weeks, but encourage residents to report any smoke that appears to be rising from green, unburned fuel or from outside the fire perimeter. 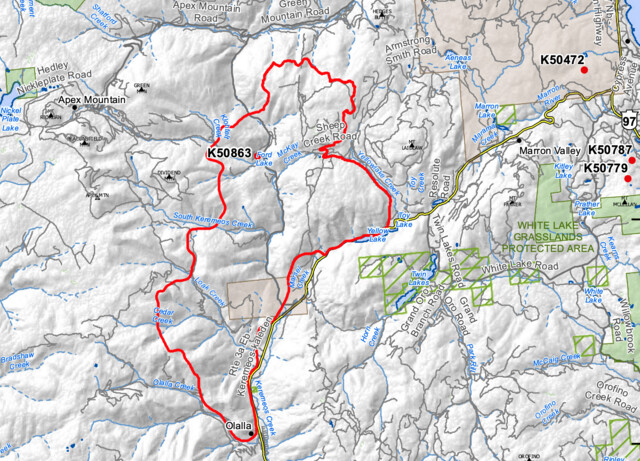 Photo: BC Wildfire Service
The perimeter of the Keremeos Creek wildfire as of Aug. 10.