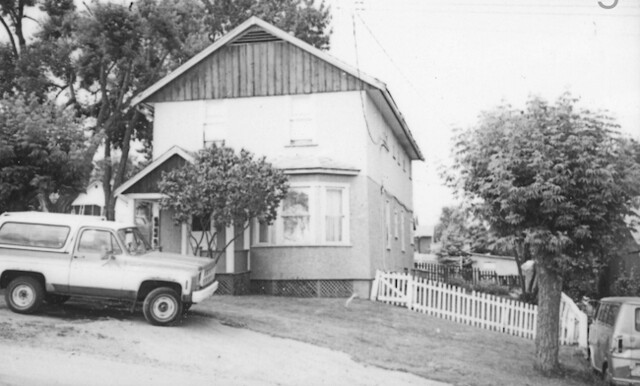 Photo: Museum and Archives of Vernon

An unassuming house at 1900 33rd Street was once the site of a maternity home.

The house, located a few blocks away from the Vernon Jubilee Hospital, was built on what was formerly known as Sully Street in 1906.

Carpenter/contractor Joseph A. Atkinson built the two-storey building for his wife and five children, who had journeyed west from Ontario. In 1914, Joseph’s wife Angeline, a trained midwife, had it converted into a maternity home.

The building needed some remodelling to accommodate this change, the dining room was re-designed to serve as a nursery, and a small room off of the dining room as the birthing area. Meanwhile, the bedrooms upstairs were used as the maternity wards.

The mothers were made very comfortable, as were their babies, nestled in bassinets made from old laundry hampers.

Angeline worked closely with several local doctors, who often recommended her maternity home to their patients. When other business prevented them from attending their labouring patients, it was often Angeline herself who delivered the babies.

During its 19 years of operation, hundreds of babies were born in the Atkinson Maternity Home. It closed in 1933, and Angeline passed away four years later, in 1937.