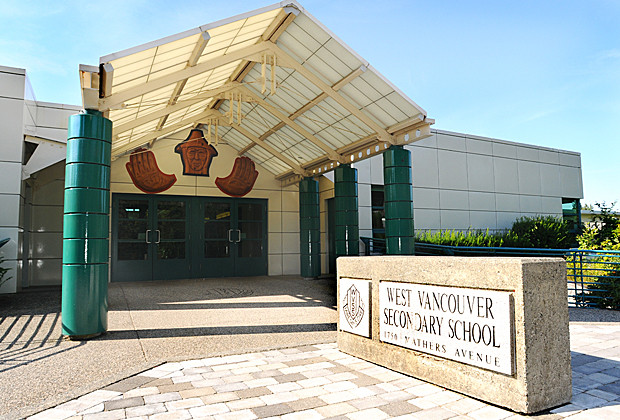 Photo: North Shore News file.
A former teacher who worked as a guidance counsellor at West Vancouver Secondary has pleaded guilty in North Vancouver court to one charge of possession of child pornography.

A former West Vancouver teacher has pleaded guilty to possession of child pornography.

Joseph Scott William McLeod, known as “Joey McLeod” in his professional capacity, was suspended from his position as a counsellor at West Vancouver Secondary in January 2021, after North Vancouver RCMP members executed a search warrant at his home and arrested him.

Police were acting on an investigation started by the RCMP’s integrated child exploitation unit.

The Crown charged McLeod with possession of child pornography in July of that year.

McLeod was set for a procedural appearance in North Vancouver provincial court on Aug. 3 when he and his lawyer Catherine Rose opted to enter a guilty plea.

“He is informed of the nature and consequences of this plea and that he understands that if there is a deal between the Crown and myself, that it is up to the judge what the sentence will be,” Rose told the court.

McLeod, who was appearing via video from Ontario, then entered his guilty plea. The Crown then sought a pre-sentence report including a psychological assessment.

The case is due back in court in October.

McLeod had been employed in the West Vancouver school district since 2017. In 2019-’20, he was listed as a Grade 8 counsellor in the student yearbook. Prior to that, he taught at McMath Secondary in Richmond.

At the time of the arrest, West Vancouver schools superintendent Chris Kennedy said he was told by investigators that McLeod’s charge was not connected to any of the students in his school.

Since his arrest, McLeod has been on bail with conditions to stay away from pools, playgrounds and community centres where people under the age of 18 are known to gather unless his bail supervisor gives him permission. He is also banned from being in contact or alone with anyone under the age of 14 unless another adult is present.