Hay goes up in flames 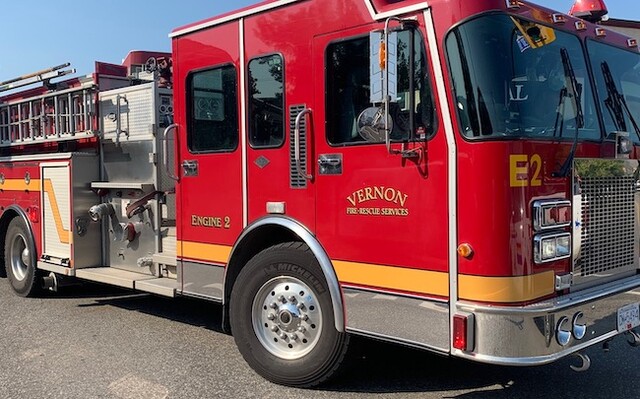 Spontaneous combustion is believed to have caused a hay bale fire Thursday afternoon in Vernon.

About 4 p.m., firefighters were dispatched to the fire on Old Kamloops Road, near the north end of the Kin Race Track site.

The load of hay being towed on a trailer caught fire, and "crews worked quickly to remove several bales of hay from the trailer and extinguished the fire before it spread," says City of Vernon spokesperson Christy Poirier.

Public works staff from the city also attended the scene to help move hay bales off the road and unravel them to ensure the fire was fully extinguished.

During the response, wind started to pick up, "but the fire was extinguished before it became an issue," says Poirier.

No injuries or damage were reported during the incident.

Traffic along Old Kamloops Road was reduced for about an hour and a half while crews worked on the site.