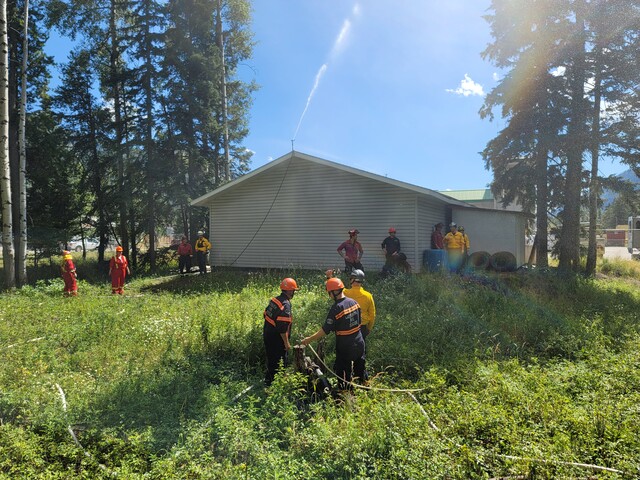 Crews with the BC Wildfire Service are dealing with 10 new lightning-caused wildfires in the Southeast Fire Centre.

The region includes the Boundary region to the Alberta border.

Thunderstorms in the area are expected to continue on Friday with increased winds in the forecast Saturday. It is expected more new fires will be discovered in the coming days.

“Ground crews and aviation resources are being strategically deployed to new incidents in a priority sequence as they are discovered,” BCWS said in a news release. “As of this morning, these newly discovered fires have been initial attack targets; meaning they are able to be attacked directly.”

Fire officials have identified four wildfires of note in the region that crews have been managing for the past several days.

The Briggs Creek wildfire is burning in the mountains 11.5 kilometres west of Kaslo in remote terrain. It has not grown for days now and sits at 1,679 hectares.

The Connell Ridge wildfire is burning 23 kilometres south of Cranbrook and is now 1,500 hectares in size. Crews there have been trying to conduct a planned ignition for three days now, but weather has not cooperated.

The Cummings Creek wildfire is five kilometres south of Sparwood. While it is only 50 hectares, it has been burning aggressively. Access to the fire is limited due to rugged terrain. Structural protection teams are in Sparwood conducting practice drills.

The Weasel Creek fire is straddling the U.S. - Canada border east of Rooseville. 1,087 hectares of the fire is burning in Canada and eight BCWS members are assessing objectives in the face of expected growth.

Currently, 24 fires are burning in the Southeast Fire Centre. Since April 1, 2022, there have been 112 fires covering 4,051 hectares. Of the fires this year, 77 per cent are lightning caused.

The fire danger rating in the Southeast Fire Centre today is a mix of moderate and high with small pockets of extreme and a section of low in the north of the Columbia zone.