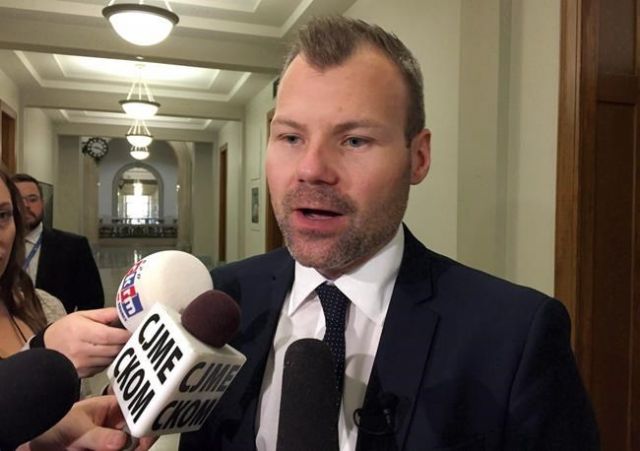 Saskatchewan is stepping in to supervise three independent schools after a proposed class-action lawsuit was filed against former teachers, pastors and church elders for alleged abuse of students.

Education Minister Dustin Duncan said Thursday he will appoint supervisors to oversee three schools linked to the allegations, which include paddling children and an exorcism.

Legacy Christian Academy and Grace Christian School in Saskatoon and Regent Academy in Prince Albert are to get supervised visits once a month starting in September. Supervisors are to sit in classrooms and observe teacher-student interactions.

According to the government, the schools employ some staff who are named in a recent lawsuit filed by former students of Legacy Christian Academy alleging physical, sexual, psychological and spiritual abuse between 1992 and 2005. Grace Christian School and Regent Academy are not named in the lawsuit.

In a statement of claim filed Monday at Saskatoon Court of Queen's Bench, plaintiffs said they were seeking compensation for abuse they claim they endured by Legacy Christian Academy and Mile Two Church Inc., which operates the school.

A spokesperson for Mile Two Church said it hasn't seen the lawsuit and cannot comment until after it's reviewed with a lawyer.

"We have to trust that the legal system will provide clarity around who did what to whom and when, and will ultimately hold those responsible to account for their actions," Brien Johnson said in a statement.

The plaintiffs allege they were abused by teachers, coaches, counsellors and a nursery director with the school, which includes instruction from kindergarten to Grade 12, as well as by elders, pastors and directors with the church.

The statement of claim said the plaintiffs were hit either by hand or with a wooden paddle for things such as not finishing homework, whispering in church and telling jokes that were deemed inappropriate by staff.

The claim also alleges one plaintiff was subjected to an exorcism after coming out as gay.

"It has been a lot working through these traumas, and obviously there are still things that stick with me on a daily basis that I'm still actively in therapy for," Caitlin Erickson, a plaintiff named in the class action, said Thursday from Saskatoon.

"They stole our childhoods from us. And for some of us, they stole part of our adulthoods because we were trying to cope with the trauma of everything that happened."

They said they have submitted their findings to the Crown regarding possible charges and are encouraging others with information to file a report with police.

"The safety and well-being of our students has always and will always be our primary concern. We've always co-operated fully with the Ministry of Education, and will continue to do so," said the spokesperson, who declined to be identified.

Legacy Christian Academy and Regent Academy did not respond to a request for comment. A statement of defence has not been filed and the allegations have not been proven in court.

A class-action lawsuit must be certified by a judge in order to proceed.

Duncan said he's confident current students of Legacy Christian Academy are safe, because police have not indicated otherwise. He said most of the allegations are from before 2012, when the province had no regulatory oversight over independent schools.

"We really didn't play a role in independent schools to a large extent — not to the way we do and have over the last 10 years before the regulation changes in 2012," Duncan said.

He said since the allegations emerged, the ministry found further gaps in its regulations. So this week, they were changed to allow for greater oversight, he said.

The education minister now has the power to appoint administrators at independent schools, put them on probation and require them to notify the ministry within 24 hours if allegations arise relating to criminal activity or if a staff member is charged.