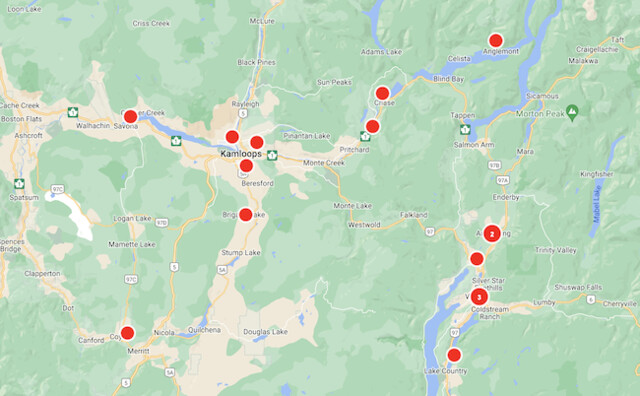 Power outages are reported across the Thompson-Okanagan after a strong windstorm blew through the region Thursday evening.

BC Hydro is listing several outages in the North Okanagan as due to fallen trees across lines and downed wires.

Numerous others are listed as under investigation.

More than 20 separate power outages are currently being dealt with.

In total, more than 10,000 customers are without power.

In the Okanagan, BC Hydro lists 6,705 customers affected, and in the Thompson and Shuswap 3,405.

Outages are reported in a wide area affecting the east side of Vernon, the BX, and a large swath of Spallumcheen and Armstrong.

In the Thompson, the Valleyview and North Shore of Kamloops are affected, along with a small area near Knutsford.

There are also outages east and west of Merritt.

The outages all came between 5:30 and about 7 p.m. as strong winds blew through the region.

Click the map above to go to BC Hydro's live outage map.