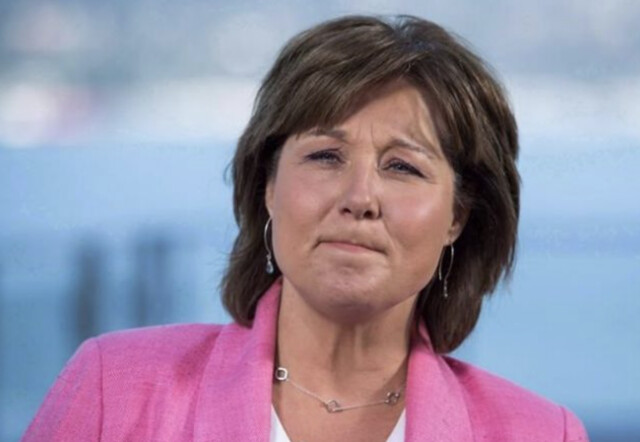 Photo: The Canadian Press
Former British Columbia premier Christy Clark on Wednesday endorsed Jean Charest to be the next leader of the federal Conservatives at a time when she says the party is racing to the extremes.

She also expressed choice words for a pitch from a front-runner in Alberta’s United Conservative Party leadership contest who has vowed to introduce legislation to ignore federal laws.

Clark’s comment followed an impassioned speech she delivered in Edmonton to a room of conservatives gathered to discuss the need for the federal party to stick closer to the political centre.

The event was hosted by Centre Ice Conservatives, an advocacy group that formed at the start of the Tories’ leadership contest to encourage candidates to focus on issues like the economy. It argues that championing affordability measures resonate with mainstream Canadians more than others like fighting pandemic-related health restrictions, which has become a rallying cry for many across conservative movements.

Its co-founder Rick Peterson ran in the party’s 2017 leadership contest and has said the new group will not endorse a candidate in the current race.

Clark was the keynote speaker at Wednesday’s event and only waded into commenting on the contest to replace Alberta Premier Jason Kenney as UCP leader when asked to by an audience member.

Clark, who formerly led the centre-right BC Liberal Party, spoke for roughly 20 minutes about the need for political leaders to focus on what Canadians have in common and not stoke division.

She accused Prime Minister Justin Trudeau of dividing the country when he said the views of the "Freedom Convoy" protesters who blockaded roads and highways last winter to oppose COVID-19 vaccine mandates were unacceptable.

Clark said politicians who divide create opportunities for others to do the same.

“Now we’re watching the Conservative Party of Canada make its race for the extremes to play to the very edges of the political divide,” she said.

“I think some days their rhetoric is just as bad or even worse.”

Her comments come as party members have less than one month left to cast their ballots to pick the next leader.

The race, which began in February, has been a fight for the party's soul and future direction.

The main rivalry has been between longtime Conservative MP Pierre Poilievre, who is running on a broad campaign message of “freedom,” and ex-Quebec premier Jean Charest, who has condemned the convoy as breaking the rule of law.

Of the 678,000 Conservative members able to vote in the race, the party reports that around 174,000 ballots have been returned ahead of the deadline Sept.6.

Speaking Wednesday, Clark said she recently received her ballot in the mail and will vote in the contest.

“I think Jean Charest would be a fantastic prime minister,” she said.