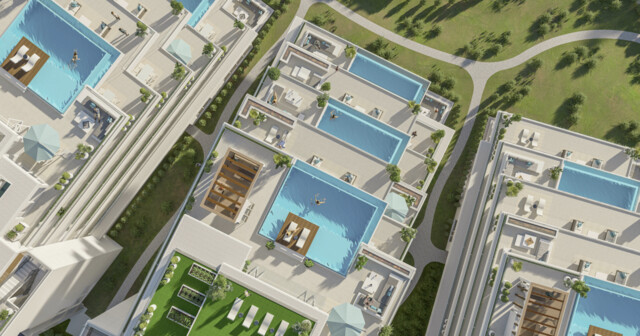 Peachland city council heaped praise upon a planned luxury development coming to the former location of Todd’s RV and Campground.

Council on Tuesday unanimously approved the form and character development permit for the Beach Avenue project, now being marketed as the Crystal Lake Okanagan Residences.

The plan will see a half dozen six-storey terraced buildings constructed behind four single-family bungalows.

In all, the development will include 46 units of housing with prices starting at $1 million. The terraced units include dramatic views of Okanagan Lake and individual pools, at the purchaser’s request, on each patio. The pools are about 10 by 12 feet in size.

District staff said all parking requirements for residents are being handled on site, with 15 public on-street spaces being added. 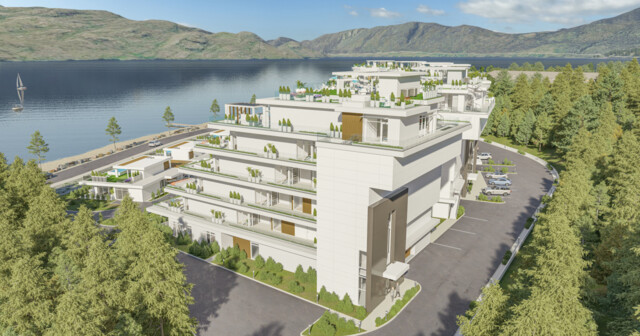 “This developer has done everything we asked of them,” said Coun. Patrick Van Minsel. “They listened to us. I’m very happy to see, especially the 15 parking spots in front, because we need those for that area.”

“This development will be an example of other developers coming to this town.”

Coun. Keith Fielding said he believed the development has been “very well thought through” and most builders would have pushed for more density on the land.

It is hoped construction can start on the project in the spring, likely to be built out in phases, spanning up to four years. Five mature trees on site will be retained.

“We are all going to be sad to see Todd’s RV and Campground go, but this is just a part of having to move on,” said Mayor Cindy Fortin, who said the development “has great character.”

Todd’s has operated at the location since 1956. 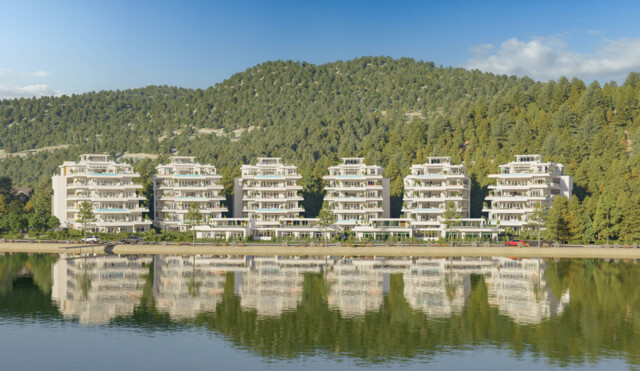