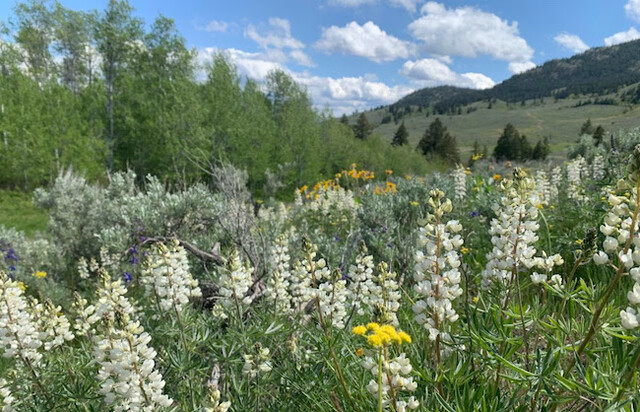 Photo: Nature Trust of BC

The Nature Trust of British Columbia has purchased one of the last remaining private properties in the White Lake Basin for conservation, thanks to the generous donors.

The conservation area spans 65 hectares and will be integrated into the already conserved 8,222 hectares of the White Lake Basin Biodiversity Ranch.

Since 1996, The Nature Trust of BC has permanently acquired 13 parcels of private land in the White Lake Basin Biodiversity Ranch. The non-profit group is dedicated to building conservation locations over time.

"Contiguous natural grassland and its associated ecosystems support a diverse and thriving community of native plants and animals and are recognized as one of BC’s most threatened ecosystems," explains the Nature Trust.

"Grasslands represent less than 1 per cent of the provincial land base, yet support over 30 per cent of BC’s known threatened and vulnerable plant and animal species. They also act as carbon sinks, supporting climate regulation due to their sequestration of atmospheric carbon in their deep root systems underground."

Donor funds combined with government dollars enabled The Nature Trust to purchase this property and protect sensitive ecosystems and native species against development for generations to come.

Acquisition of this conservation area will also facilitate a viable domestic cattle ranching operation, while being able to protect the most vulnerable ecosystems from disturbance.

The White Lake Basin Biodiversity Ranch is one of the leading biodiversity ranches in BC and has been ranked the highest in conservation value in all of The Nature Trust of BC’s conservation holdings.

“As we face rapid biodiversity loss and climate change, nature is our biggest ally. Large scale nature conservation is a strong tool to ensure biodiversity can flourish undisturbed while also helping to mitigate against climate change. We are delighted to be able to preserve connectivity among rare and threatened ecosystems in the White Lake Basin, through the purchase of this property and take steps to support climate regulation through conservation," said Jasper Lament, Nature Trust CEO.

Ninety five per cent of the property contains sensitive ecosystems and rare and diverse species in need of urgent protection. A number of endangered birds utilize the property including the Lewis’s Woodpecker, Barn Swallow, Flammulated Owl, and Grasshopper Sparrow.

The project was supported by the federal Department of Environment and Climate Change and private donations from Val and Dick Bradshaw, Jane MacDonald, and many others.

Over the past 50 years, The Nature Trust of BC has acquired and cared for over 180,000 acres of our province's most critical natural habitat for vulnerable wildlife and plants.