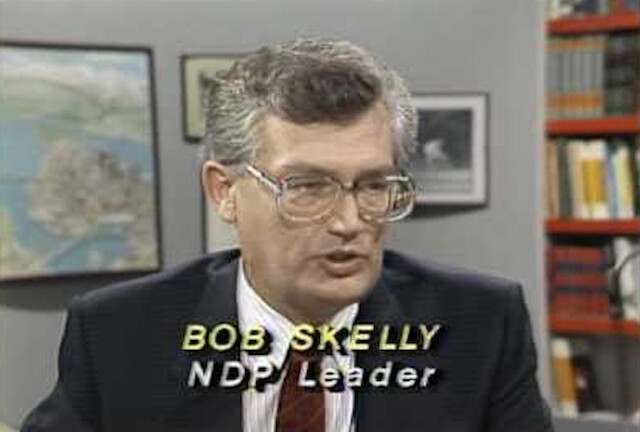 In a message posted on social media, Premier John Horgan says he is saddened to hear of Skelly's death and thanks him for his years of service to B.C. and Canada.

Skelly served five terms in the B.C. legislature representing the Vancouver Island riding of Alberni from 1972 until 1987.

He won the provincial NDP leadership in 1984, replacing former leader Dave Barrett, but was unable to lead the party to power against charismatic Social Credit leader Bill Vander Zalm.

Skelly was replaced as leader in 1987 and resigned his seat the following year to run successfully for the New Democrats in the newly created federal riding of Comox-Alberni, serving for one term from 1988 until 1993.

Skelly is survived by his wife, two children and several grandchildren.