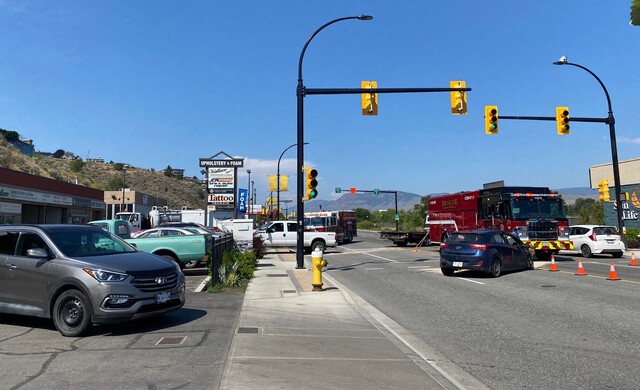 First responders, including Kamloops Fire Rescue and RCMP, and a tow truck were on scene at the incident, which happened in the 200-block of Victoria Street West about 11:20 a.m.

By noon on Thursday, a tow truck could be seen taking away a white pickup truck and a blue hatchback with front end damage.

Evelyn said early reports indicate one person was injured in the crash, but the severity of injuries is unknown at this time.

Both eastbound lanes on West Victoria Street were blocked, but a single lane of traffic was rerouted around the accident through the parking lot near the Blue Orchid Tattoo shop.

Only one lane of westbound traffic was getting through, with vehicles bumper-to-bumper past First Avenue and Landsdowne Street.