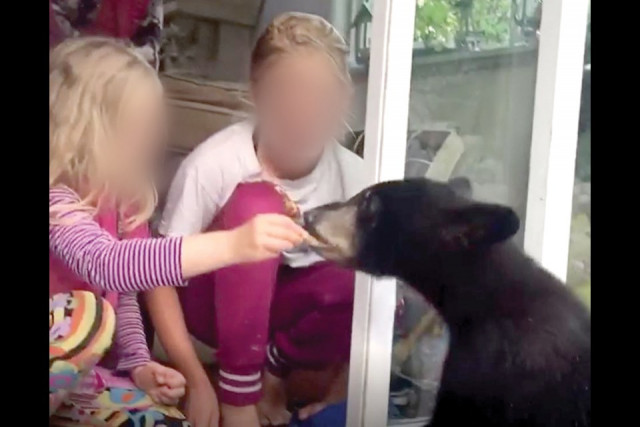 A West Vancouver man’s sentencing for deliberately feeding a mother bear and her cub has been postponed.

Vitali Shevchenko caused an uproar in 2018 when video and photos of his family hand-feeding bears from their West Vancouver backyard circulated widely on social media.

The matter has been inching its way through the courts since then, delayed in part by COVID-19.

Last October, Whistler resident Zuzana Stevikova received a $60,000 fine for feeding bears from her home. The B.C. Conservation Office Service said at the time that it was the highest overall penalty ever imposed under the B.C.'s Wildlife Act.

Stevikova has since appealed the fine.

Shevchenko appeared by phone in North Vancouver provincial court on Aug. 10 for his sentencing. But Crown prosecutor John Cryder said it would make more sense to wait until the appeals court has rendered its decision on Stevikova’s sentence.

“Mr. Shevchenko has got a similar offence and so that [appeal] is going to have a significant impact on the sentencing position, one way or the other,” he said.

Shevchenko is due back in court in September to set a sentencing date.