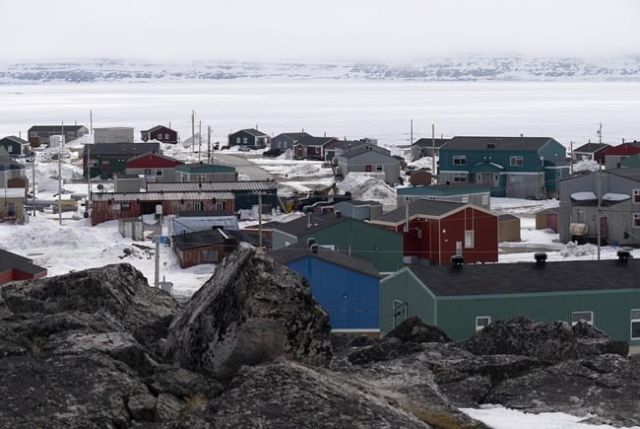 Photo: The Canadian Press
The village of Inukjuak is seen on the shore of Hudson Bay Thursday, May 12, 2022 in Inukjuak, Que. Quebec's Health Department says it has rejected to request for the army in the province's northern region of Nunavik to handle a health care workers shortage. THE CANADIAN PRESS/Adrian Wyld

Quebec's Health Department has rejected a request from officials in the northern region of Nunavik to have Armed Forces members brought in to help ease a shortage of health-care workers.

Kathleen Poulin, a spokeswoman for Nunavik Regional Board of Health, said Wednesday that labour shortages in the health sector are hitting Nunavik particularly hard due to the region’s "remoteness and its specific characteristics."

"In some of the smaller villages that have only two to four nurses, the briefest absence can require a complete reorganization of activities in order to maintain services," Poulin said in a statement.

"Considering the sizes of the communities, a handful of (additional) health-care workers can make a big difference in the level of services offered to the population."

The health board, Poulin said, has been asking Quebec in recent weeks to supply medical workers. That included a request that Ottawa send Armed Forces members who can provide health care after some of Nunavik's 14 Indigenous communities were forced over the summer to limit their services to emergencies only.

Health Minister Christian Dubé told reporters on Wednesday he would "soon" travel to the region to assess the situation, adding that Quebec has a "contingency plan" to handle the crisis.

"We have five or six paramedics already on their way, and doctors from other provinces that offered to help," Dubé said.

The department, however, opted to seek the Canadian Red Cross's help in Nunavik rather than the army, Dubé said, as the organization "helped a lot during the pandemic." The department said the request for Armed Forces support was received Aug. 2.

"It's a question of who's the best and most appropriate group to complete our staff," Dubé said. "The situation is already better than what it was."

But Charlie Lapointe-Robert, a nurse who works in Inukjuak at the Inuulitsivik Health Centre, said Dubé's statement is misleading. She said rather than being able to offer proper care to the community, health-care workers are forced to tell residents to "be careful."

"We're the ones who are supposed to take care of them," Lapointe-Robert said in an interview on Wednesday, adding that her health centre still doesn't know when to expect help from the government.

"We are accumulating delays, blood tests that need to be done, children's vaccinations, followups, cancer prevention that isn't done .… The situation is not better than it was. We are heading toward a greater crisis."

The labour shortage in Nunavik's health sector is not new — and neither are the requests for government action, Lapointe-Robert said.

The nurse, who's currently on vacation in Montreal, said she doesn't understand why it took so long to create a contingency plan as it is now a matter of days before the community could be left with no nurses on duty.

"We are on a tightrope, there is a risk of error and incredible tragedy," she said, adding that normally up to six nurses are working in Inukjuak.

"Summer means vacation for many. It is necessary for the workers to take some time off, mostly after two years of COVID-19. Again, just a few people more or less make a big difference."

The union representing nurses in the northern region, the Syndicat nordique des infirmières et infirmiers de la Baie d’Hudson, said it has been warning the government about the situation since last year.

"We are in a G7 country and I believe that the Inuit communities of Hudson Bay have a right to quality health care," union president Cyril Gabreau said on social media. "Actions could have been taken yesterday to avoid tomorrow's catastrophe."