The days are getting longer...literally 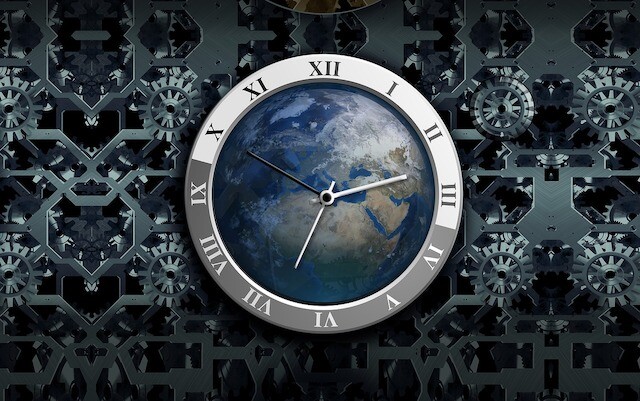 How long is a day? At the moment, days are getting longer and we don't know why.

The Earth is taking a bit longer to rotate on its axis. We have known for decades that the speed at which our Earth spins varies. For example, on Boxing Day, 2004, there was a huge earthquake in the Indian Ocean. A 1,500-kilometre long length of where India Plate slides under the Australia Plate shifted, creating a huge earthquake and tsunami. It also changed the length of the day by almost three microseconds.

Earthquakes are just one of the things affecting the speed the Earth rotates, and therefore the length of the day. The changes slowly build up until we need to correct our clocks in order to keep them in step with solar time. We call this "adding a Leap Second".

We would think that the spinning of a rock ball 12,756 km in diameter would provide a very accurate clock. However, there are some very strong and persistent forces working on it. Some happen sporadically, and others just keep working steadily over billions of years.

The biggest cause of lengthening of the day is the Moon. As it orbits the Earth, it pulls the ocean on the side facing the Moon up into a bump and pulls the Earth away from the ocean on the other side, leaving another bump. That means all points on Earth get carried through this pair of bumps every day. The result is the tides.

It takes energy to push through these bumps and that energy comes from the Earth's rotation, slowing it down. A few billion years ago, a day was less than 19 hours long. The day is increasing by almost 14 seconds every million years. This does not sound much but it is still something we need to take into account.

The Earth is constantly changing shape. Tectonic plates are moving around at the speed fingernails grow. When they collide, mountains get pushed up and deep ocean trenches form. Then the weather erases the mountains, turning them to sediments in low-lying areas and in the oceans. Earthquakes can move immense amounts of rock, locally changing the shape of the Earth.

Watching a skater spinning on the ice is a good way to visualize the effects of this geological activity on the speed at which the Earth rotates. Ice skaters almost always incorporate some high-speed spinning in their acts. They start to spin with their arms outstretched, then pull them in and spin much faster.

There is no magic here. It is just a physical principle called the "conservation of angular momentum".

As mountains rise and fall, and the plates move around, this is the equivalent of the skaters extending or pulling in their arms, causing the rotation of the Earth to speed up or slow down. When this happens rapidly, such as when many cubic kilometres of rock move suddenly in an earthquake, we get an abrupt change in the Earth's rate of rotation.

In the 1960s, radio astronomers developed a means to study very distant radio sources. To image them required a radio telescope thousands of kilometres in diameter. Luckily, there is a more practical alternative.

We can use two existing radio telescopes separated by thousands of kilometres. This technique, called "Very Long Baseline Interferometry", or VLBI, was first successfully demonstrated by Canadian scientists.

Intriguingly, VLBI turned out to be extremely useful for studying the Earth. It has since been used to measure the speed tectonic plates are moving and the rate the Earth is rotating. The current slowdown is a puzzle.

One theory is that it is due to the melting of the glaciers due to climate change, moving a lot of mass from mountainous regions into the world's oceans.

• Saturn will rises soon after sunset, followed a couple of hours later by Jupiter. After another hour or so, Mars will creep into view, followed, just as the sky starts to brighten for dawn, by Venus.

• The Moon will reach its last quarter on Aug.18.