No longer wildfire of note 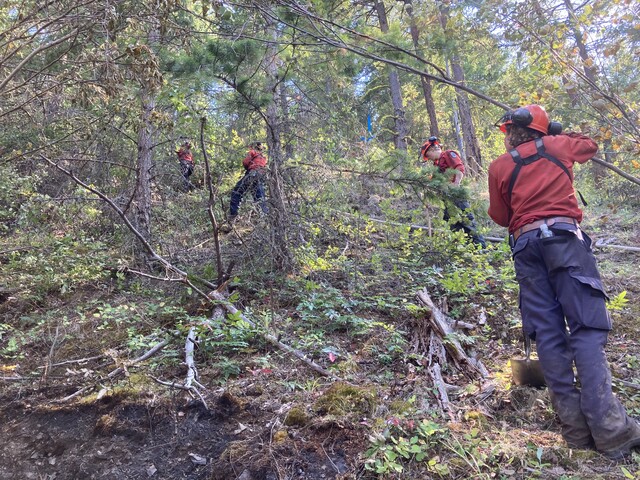 The Nohomin Creek wildfire burning northwest of Lytton will no longer be considered a wildfire of note as the fire perimeter is largely inactive, save for an area inaccessible to firefighting crews.

Taylor Colman, a fire information officer with the BC Wildfire Service, said the remaining wildfire activity is located on the west flank, burning in steep and rocky terrain.

Colman said the southern, eastern and northern flanks of the 3,745 hectare fire are relatively inactive.

"We've had crews action them and put out hotspots and things like that, and do patrols and mop up on those edges. So now, with the way the fire is growing upslope and into the Nlaka’pamux Heritage Park, those areas are pretty inaccessible,” Colman said.

“As well, the provincial park has a fire management plan which states that if a fire happens in the park it'll be allowed to burn naturally and extinguish itself naturally. So it’s kind of a combination of things.”

Colman said firefighting crews have had good success on areas of wildfire that were near properties.

Colman said BCWS is working with BC Parks and the Lytton First Nation to continually monitor the wildfire.

“Lytton First Nation is actually going to take on a lot of the fire watching and things like that, and then alert us if there comes a point where we can take action,” Colman said.

Colman said BCWS doesn’t currently have any ground crews assigned to the Nohomin Creek wildfire, which frees up resources to fight more active wildfires — like the Keremeos Creek wildfire in Penticton — or responding to new fire starts.

She said a couple helicopters have been flying over the Nohomin Creek wildfire, and BCWS has gear in the area in the event that firefighting crews need to take more action.

The wildfire was first discovered on July 14. According to BCWS, the incident is suspected to be human-caused and remains under investigation.