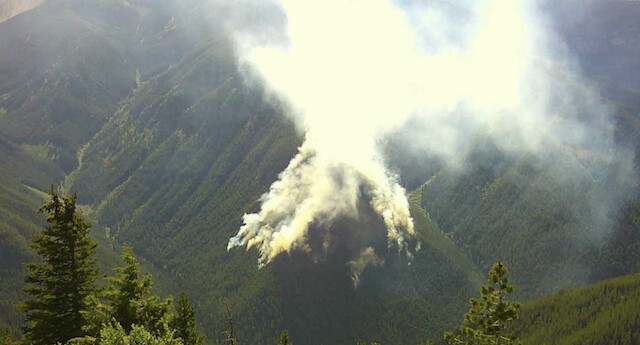 According to the BC Wildfire Service, the 44-hectare fire was acting aggressively overnight on the eastern flank, burning in extremely steep and inoperable terrain that is unsafe for crews to work on.

The position of the wildfire, the direction in which it is burning, and smoky conditions has left crews with limited access to fight the fire.

A 20-person crew was working today on building access routes and contingency lines where it's considered safe to do so.

If smoke conditions allow, helicopter bucketing will occur on the northern flank of the fire, along Cummings Creek, to provide some cooling effects to the fire behaviour.

At this time, the community of Sparwood is not threatened.

The cause of the fire is suspected to be lightning, but that still has to be confirmed.