Any woman can be a target 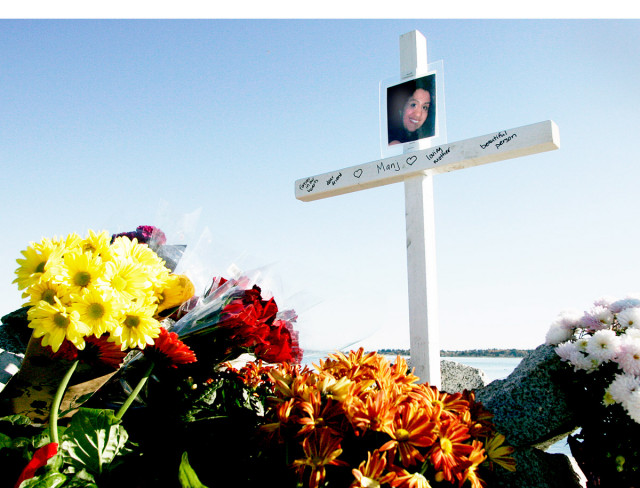 Photo: Delta Optimist file.
Mukhtiar Panghali in 2011 was found guilty of murdering his wife, Manjit Panghali, 31, and then burning her body to conceal evidence of the crime.

Why would victims of gender-based violence feel safe to speak out or seek help if that ends up putting them at a much higher risk of being killed?

That is what Ninu Kangh, executive director of Ending Violence Association of BC, is asking in reaction to the recent Parole Board of Canada decision to grant six months conditional day parole for Mukhtiar Panghali, who was convicted in the 2006 killing of his pregnant wife, Manjit Panghali.

The former Surrey teacher was found guilty of second-degree murder and sentenced to life in prison without the eligibility of parole for 15 years for the strangling death of his wife. Her burned body was discovered along Deltaport Way in South Delta several days after she was reported missing.

He appealed his conviction but lost, claiming that burning his wife's body did not indicate that he meant to kill her.

Pointing to the recent killings of two women in Chilliwack and a woman in Abbotsford as more recent examples, Kangh says Panghali’s release is a reflection of a justice system that is ill-equipped to appropriately respond to gender-based violence.

“When you look at gender-based violence, women are more targeted based on patriarchy in our society and that goes across all cultures. And what I think shook up the community, from the outset, even though these were two professionals in the Panghali case, it became clear any women can be a target of domestic homicide, no matter what class or culture can fall victim to intimate partner violence,” she said.

Kangh noted the heinous nature of the crime, the husband’s denial and attempted cover-up and following attempts to plea bargain prompted then Attorney General Wally Oppal to intercede.

“It forces us to look at the current justice system. It’s the justice system, police, Crown, jails. Are these systems sufficient to deal with these types of crimes? We’re not even talking about what hurdles the victims of domestic violence, gender-based violence, have to go through. The system isn’t equipped with gender-based crimes in a way that fought for the victims, especially in domestic homicide. The average person can’t understand how the person behind this kind of heinous crime is walking free,” Kangh said.

Kangh also noted such crimes shouldn’t be simply seen as murder, but in a different lens similar to hate crimes.

“If we don’t treat these crimes of power and positionality differently, what we’re saying, in my opinion, is women don’t have the right to be safe in their homes,” she said. “It was not too long ago we had legislation to look at hate crimes through a separate lens. When it comes to gender-based crimes, everything from the continuum of assault all the way to domestic homicide, sentencing needs to be reviewed, believing survivors along the way needs to be looked at. Many survivors are not accessing the justice system because they don’t feel like they are going to be heard or they will be out on trial themselves.”

The Canadian Women’s Foundation and others note that approximately every six days, a woman in Canada is killed by her intimate partner.