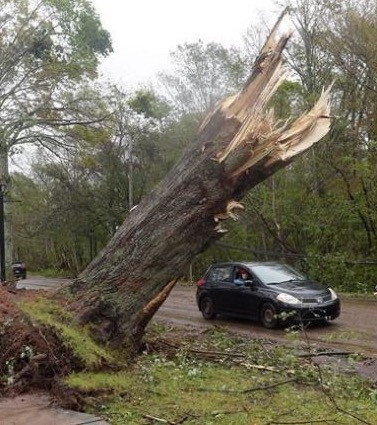 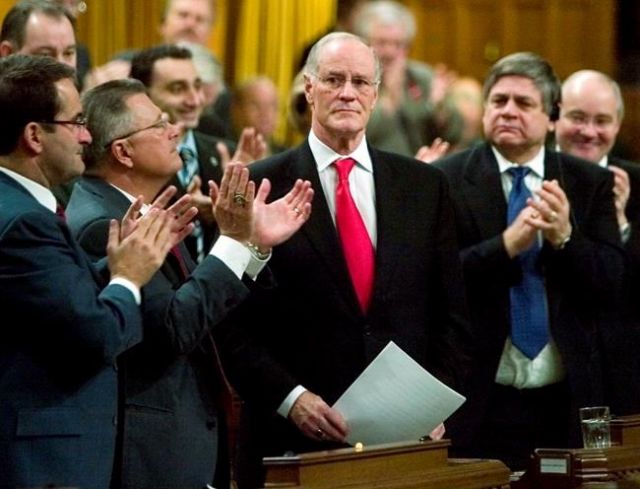 Photo: The Canadian Press
Interim Liberal party leader Bill Graham is given a standing ovation in the House of Commons in Ottawa, Tuesday Nov. 28, 2006. Graham, who served as foreign affairs minister when Canada decided against joining the United States invasion of Iraq in 2003, has died. THE CANADIAN PRESS/Tom Hanson CANADA

Condolences from Canadian politicians past and present poured out Monday as they learned about the death of Bill Graham, who served as foreign affairs minister when the country decided against joining the U.S. invasion of Iraq in 2003.

Former Liberal MP John English told The Canadian Press Graham died Sunday, according to a member of his family who shared the news with him earlier Monday.

English said he had cancer and died peacefully after being in poor health for some time.

"He was a fun guy. I went out with him for drinks just three or four weeks ago. He wasn’t drinking .... He enjoyed a good glass of wine but he couldn’t join us," he recalled.

"He’s such a wonderful presence. So positive, so optimistic. He’s a person to be taken seriously, but he never took himself seriously. He was full of laughter. He laughed very easily.”

Graham, 83, was first elected as a Liberal member of Parliament for the riding then known as Toronto Centre-Rosedale in 1993, after two unsuccessful runs.

Former colleagues eulogized Graham as a skilled MP, having spent time on the backbenches before entering cabinet, and someone who demonstrated a deep passion about helping those in his community.

George Smitherman, who represented the same downtown Toronto area for the Liberals provincially as Graham had federally, said Graham had a remarkable way of connecting with people, no matter their background.

Smitherman, who is gay, said he first arrived in what is now known as Toronto Centre as a kid finding comfort with his sexuality and at the time Graham and the local Liberals had embedded AIDS activism in their politics.

“That, to me, was one of the most defining attributes of the way political parties ought to operate,” Smitherman said.

“It was really a huge impact on me in my life.”

“He was (an) immensely smart, decent, classy man," he added.

In January 2002, months after the 9/11 terrorist attacks shook the world, Graham was appointed to serve in cabinet as foreign affairs minister by then-prime minister Jean Chrétien.

At that time, Canada had to decide whether to join the U.S.-led invasion of Iraq and then navigate its relationship with its closest ally when it opted against doing so.

Graham was roundly praised for not only assisting in that decision, but his overall handling of the role at a turbulent time in international relations.

After his time in foreign affairs, Graham was moved to minister of national defence.

Eugene Lang was his chief of staff at the time and said Graham, who was well travelled before entering politics, was well-liked by most everyone, including MPs of different political stripes and the public service.

"He treated everybody with a huge amount of respect. There was no arrogance in Bill."

Lang said while Graham was only in the role of national defence minister for less than two years, he had many accomplishments, including securing a funding boostand also recommending the appointment of Rick Hillier as chief of defence staff.

Former Liberal prime minister Paul Martin released a statement after learning of Graham's death, saying he "helped our government and the country navigate a challenging period of history as we deployed into Kandahar in southern Afghanistan."

"His loss will be felt by all who knew or worked with him."

After the Liberals lost government to the Conservatives in 2006 and Martin resigned, Graham stepped into the role of the party's interim leader.

“The Liberal party owes him a huge debt of gratitude," said McKay, who said he was an obvious choice for many.

"Bill was always a gentleman," he tweeted.

"He always kept the best interests of the country in mind."

For longtime Liberal cabinet minister Carolyn Bennett, she remembers Graham as someone who was comfortable around everyone and a generous listener in conversation.

"There's no one else you'd rather have dinner with. And I think that's what a lot of us feel," she said Monday.

"He just was so special. It's just really hard to believe he's gone," Bennett said, her voice breaking.