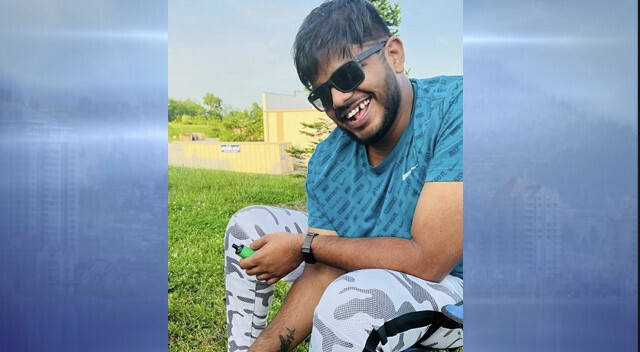 An exhaustive search in Salmo, B.C. for a man missing since the Shambhala Music Festival has been suspended.

South Columbia Search and Rescue said Sunday on Facebook that after four days of searching involving more than 100 volunteers from teams across the Kootenays, they have been unable to find Harsha Paladugu.

Paladugu, 30, has not been heard from since July 27, after attending Shambhala.

“We were able to find his personal belongings, clothing, shoes, credit card and receipts to help establish a timeline of his whereabouts and some sort of direction of travel,” South Columbia Search and Rescue said, explaining they completed more than 8,000 hours of searching in four days.

RCMP said last week Paladugu flew from California to Vancouver on July 20, stayed with a friend, and left the next morning to attend Shambhala through a rideshare.

Investigators say there was a report of a possible sighting of Paladugu a week later, on July 27, where he is believed to have been spotted sitting on Highway 3 and 6 beside a suitcase. That suitcase, which was turned over to police, has been confirmed to belong to Paladugu.

There was also a report of a South Asian man running through yards in Salmo at 6:40 p.m. on July 27 that is believed to be Paladugu.

“After careful consideration and the exhausting efforts the decision was made to suspend search efforts until further information or clues become available. This is a tough result for not only the subject’s family and friends but our searchers who have put countless hours into search efforts,” South Columbia Search and Rescue said Sunday.

The volunteer group thanked the community for the support they received during the search, which took place in sweltering heat.

While search volunteers have suspended their efforts, police continue their investigation.