'I didn't expect it so quickly,' Amanda Todd's mom says after verdict

'I didn't expect it so quickly' 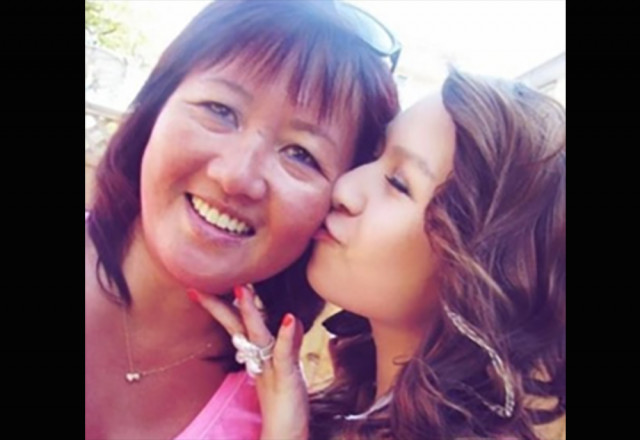 A decade after her daughter died, Carol Todd can finally find peace.

A hearing will be held on Aug. 11 to set a date for sentencing.

“I was so happy and relieved to hear the guilty verdicts on all five charges,” Carol Todd told the Tri-City News. “After nine weeks [of trial] and almost 10 years, Amanda’s voice has been heard loud and clear.

“Justice will not bring my daughter back, but her story will continue to bring hope to others that they are not alone, that they matter and that they have many people advocating for them.”

Crown Counsel’s case against Coban, 44, relied on testimony from 30 witnesses — including nine experts flown in from the Netherlands, Australia and New York — as well as 80 exhibits.

Defence lawyers offered no evidence, telling the jury in their closing submissions that Coban was not the person behind 22 fake online aliases used to lure, harass and extort Amanda.

Prosecutors presented thousands of printed pages in hefty binders, showing evidence of Coban’s chats and calls with Amanda through various personas between Nov. 1, 2009, and Feb. 17, 2012 — some grooming her, others threatening the girl that he would expose naked images of her to her friends and family if she didn’t give him peep shows.

Still, many pieces of digital evidence were fragments as Coban had scrubbed his devices with cleaning software, Crown Counsel said.

During the trial, the jury didn’t hear how Amanda died nor about Coban’s previous conviction in his  native country.

The Amsterdam court heard how Coban lured his victims through the fake alias on social media, often posing as a handsome young man, before demanding they strip. As in Amanda’s case, if they didn’t comply, he would send naked images of them to their online communities.

Coban used the same Facebook accounts names, such as Kelsey Rain and Tyler Boo, to trap Amanda, who died by suicide at the age of 15 at her Port Coquitlam home after posting a silent black-and-white video on YouTube about her online stalker.

That video of Amanda holding flash cards with words to express her struggles went viral after she passed away.

Coban was arrested in a rented bungalow outside of Tilburg on Jan. 13, 2014, after British police posed online as a girl named Jane. Dutch police had entered Coban’s pad a month earlier to bug his devices, as well as to log into a neighbour’s Wi-Fi that Coban was using.

According to a British media report, Coban, a computer repairman, had 27 hard drives containing more than 204,000 images plus 4,000 videos and a file with 250 names of his victims and 5,800 names of their friends and family members.

In a 2018 appeal, Dutch prosecutors revealed Coban was also in possession of drugs.

Todd, who is now receiving more offers to speak at cyberbullying conferences around the world on behalf of the Amanda Todd Legacy Society, said she expects Coban will serve his Canadian sentence in the Netherlands.

She told her hometown newspaper that she was surprised at how fast the verdict came down on Saturday. “I didn’t expect it so quickly.”

Todd positioned herself in the courtroom gallery to get a clear view of his reaction. During the trial, Coban often caught Todd’s eye before he pulled off his face mask and stepped into the prisoner’s box, where he took notes on a legal pad and on a laptop without internet connection.

“He looked at me when he walked in and I looked at him. He didn’t have that swagger anymore because he knew the jury had deliberated less than 24 hours. It was clear.”

She added, “I never let up. He picked the wrong girl with the right Mama Bear. Now, he’s been convicted in a separate trial and he gets more jail time. That will protect all of the other girls he abused. I’m happy for the victims that they know he has to spend extra jail time and they don’t have to worry for 2027.”

Sextortion reports have skyrocketed since Amanda died in 2012.

According to the National Centre for Missing and Exploited Children in the U.S., reports of online enticement shot up 98 per cent between 2019–2020, with mostly teenage boys as the sextortion targets.

Aydin Coban is convicted of: