Wildfires continue to burn in Kootenays 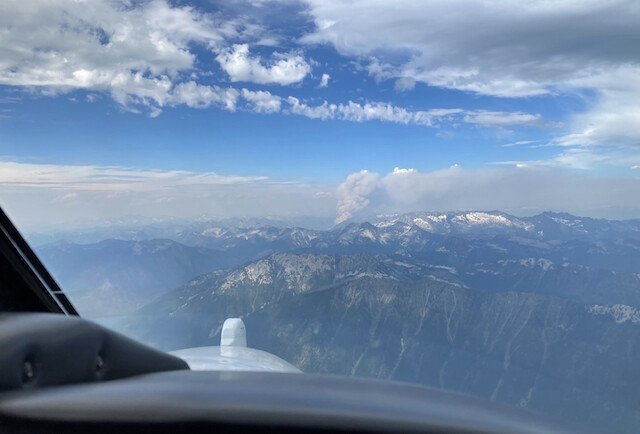 The Cummings Creek Wildfire, located approximately five kilometres from the town of Sparwood is now a BC Wildfire of Note being managed by the Incident Management Team.

As of now, the fire is not considered a threat to any structures in the area.

According to BCWS, the fire is burning in steep, inoperable terrain at this time.

Smoke is very visible from Sparwood and other neighbouring communities.

Operations staff are observing the fire on a daily basis for ongoing data gathering and to determine the response strategy for the best success rate.

Helicopters bucketing water to the area is not happening at this time due to inaccessibility to water.

Right now, the fire is expected to have started due to lightning strike.

Wildfires in the South East Fire Centre continue to burn through the early days of August.

According to the BC Wildfires of Note page, the Briggs Creek fire has grown significantly over the past 24 hours.

Limited growth is anticipated for today as the fire continues to primarily display characteristics of a smouldering ground fire with a slow rate of spread.

Increase in fire behaviour is currently occurring within the fire perimeter at high elevation, not outside of it.

Caused by lightning and discovered on August 1, crews continue to fight the fire from the early hours of the morning until the late hours of the night using nine firefighters and one helicopter.

As for the wildfire burning in Connell Ridge approximately 23 kilometres from Cranbrook, it saw roughly 200 hectares of growth over the past 24 hours along the north and north east flanks.

Cooler temperatures have dropped the fire's aggression but is expected to increase in the coming days.

An Evacuation Alert has been issued by the Regional District of East Kootenay in the vicinity of this fire.

61 firefighters have been deployed as well as six helicopters and lots of heavy equipment.

Castanet will have an update on these Kootenay wildfires first thing in the morning.