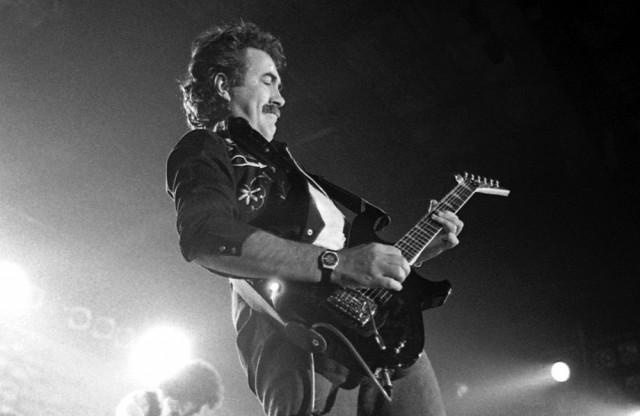 The musician formed the Scottish hard rock band in Dunfermline in 1968 with Dan McCafferty, Darrell Sweet and Peter Agnew.

He said: "When Manny joined, he was the first guy to suggest writing songs of our own.

We’d never even thought of it ’til then, because they employed you as a human jukebox. Then suddenly Zeppelin, Purple and Spooky Tooth started to appear, and a whole range of possibilities opened up."

No cause of death was given.

Nazareth had a huge hit with 'Hair of the Dog' - the title track from their 1975 album - and a cover of the ballad 'Love Hurts'.

The former was covered by Guns N' Roses on their 1993 album 'The Spaghetti Incident?', and a riff from the Beatles' 'Day Tripper' was added to the end as a joke.

Manny actually ended up working with Guns N' Roses' on 25 tracks for their 1987 LP 'Appetite for Destruction'.

And although the songs they worked on didn't make the final cut, they were later released on a deluxe reissue of the seminal album.

Manny once said of working with Axl Rose and co: “They were just a bunch of young guys living their rock ’n’ roll dreams and having the time of their lives.

“I never foresaw that they would become one of the biggest bands in rock history."

Manny decided to end his tenure with Nazareth in 1990, following their tour of 1989's 'Snakes ’N’ Ladders' album, the last album he featured on.