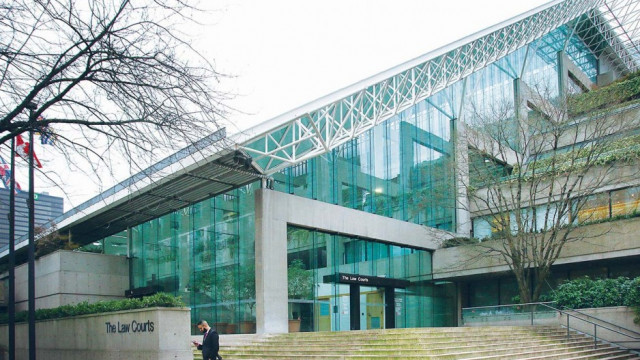 A B.C. lawyer’s career has ended not with one disbarment but two, after a Law Society of BC hearing panel ruling issued June 27.

Aaron Murray Lessing of Surrey ended his nearly 30-year career with a list of professional misconduct, including six conduct review reports, a set of recommendations made by the practice standards committee, five administrative suspensions, three facts and determination decisions and two disciplinary action decisions arising from four citations, spanning from 1999 to 2019, according to the panel.

Among the instances of misconduct, as outlined in the ruling, Lessing permitted 256 trust cheques totalling nearly $1.6 million to be signed only by non-lawyers.

In another instance he commenced a romantic relationship with his client’s former spouse in the middle of matrimonial proceedings.

Lessing also showed “some elements of misleading behaviour” when he was found to have encouraged a potential witness in a regulatory — and potentially criminal — investigation to suppress evidence, noted the panel of Jennifer Chow QC, Nan Bennett and Sandra Waefer.

Lessing consistently failed to respond to law society inquiries over his career, noted the panel.

Lessing started practicing law in 1991 as a sole practitioner in Surrey, where he remained for 30 years. From August 1993 to April 2011, he practised at Hittrich Lessing Kovacs Zukerman. From May 2011 to December 2019, he practised at Lessing, Brandon & Company.

Lessing ended his licence on Jan. 1, 2021 for non-payment of fees to the society and was disbarred last February after being deemed "ungovernable" by a hearing panel.

The June 27 decision issued a second disbarment to Lessing in relation to his inability to properly close a deceased client’s estate. Lessing was found to have largely ignored his client’s case. The case eventually took over three years to settle (from 2016 to 2019), with the help of a notary public.

In a rare step, the society chose to pursue Lessing again, despite his exit from the profession.

“A second disbarment would be in the public’s interest and would enhance the public’s confidence in the disciplinary process by underscoring the seriousness of [Lessing’s] misconduct,” the panel wrote.

Lessing “failed to fully participate” in both proceedings that led to his double disbarment.

The decision noted the society has double disbarred lawyers before, citing one example from 2015 and 2016. A hearing panel also twice disbarred lawyer Peter Darren Steven Hart on June 27, in a separate case.