'A culture of killing'? Auditor general asked to investigate BC Conservation Officer Service

A culture of killing? 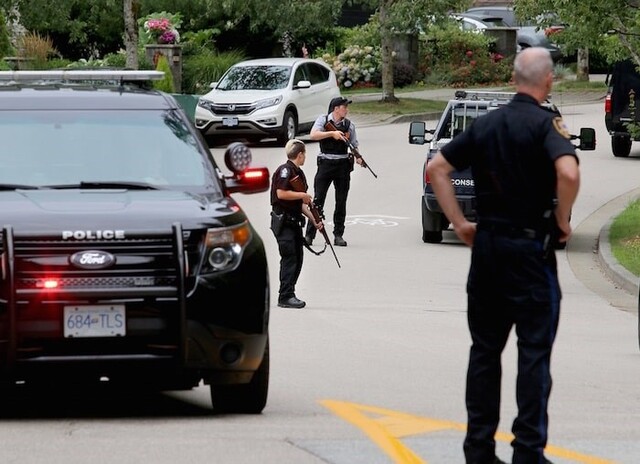 A group advocating on behalf of British Columbia’s wildlife is calling on the province's auditor general to launch an investigation into the BC Conservation Officer Service (BCCOS) — the armed law-enforcement agency tasked with both protecting wildlife and destroying large predators when they threaten public safety.

On Wednesday, The Fur-Bearers submitted a request for an independent audit of the public agency, citing a lack of financial transparency and a “relatively constant level in the number of bear killings” since 2015.

“The reason the auditor general should step in now is the status quo is essentially broken,” said Aaron Hofman, The Fur-Bearers director of advocacy and policy. “These numbers year over year aren’t going down.”

“The questions need to be asked: how are they allocating resources? Are they doing enough proactive measures to prevent bear deaths?”

The request for audit comes only days after the organization released data obtained in a freedom of information request that showed, over seven years ending in 2021, the number of black bears killed in B.C. had climbed to 3,779, hovering between 415 and 632 deaths per year.

“Because these kill numbers are roughly consistent year after year, it raises questions about the agency’s effectiveness and its allocation of resources,” the organization says in its request to B.C. auditor general Michael A. Pickup.

In a statement, a spokesperson for the Ministry of Environment and Climate Change Strategy, which oversees the BCCOS, said the agency is committed to reducing human-wildlife conflicts across B.C.

The spokesperson denied the claims the BCCOS is not financially transparent and pointed to the legislative budget and estimates process as evidence.

“The issue of human-wildlife conflict is complex and cannot be solved by the COS alone — it will take a broad approach as everyone has a role to play to keep wildlife wild,” said the spokesperson.

He added: “If the auditor general of B.C. moves forward with an audit, the COS will fully co-operate.”

“What’s happening in those regions where there’s high numbers of deaths? Could something be done differently?” questioned Hofman.

In April 2022, the organization submitted a formal complaint to the BCCOS over its killing of black bear cubs in B.C.

In its letter to the auditor general, The Fur-Bearers claim the BCCOS’s enforcement activities — such as punishing people for feeding or attracting wildlife — are “severely inadequate.”

Data accessed through freedom of information laws show that in 2021, for example, 581 black bears were killed by conservation officers, whereas the BCCOS carried out 85 compliance and enforcement actions under the Wildlife Act.

The Fur-Bearers claims that by “routinely” killing bears “to address human-animal conflict,” the agency is undermining its own mandate to protect wildlife.

The request points to a 2017 auditor general report into the BCCOS’s practice of killing grizzly bears, which found the agency failed to properly evaluate its own effectiveness — something the advocacy group says hasn’t been repeated since.

“This reactive approach comes at a significant cost for the government and ultimately the taxpayers of British Columbia,” writes the organization in its letter to Pickup.

Hofman says he has no doubt there are many conservation officers in the BCCOS who genuinely want to protect wildlife. He says they should be the ones challenging how the agency operates.

“But on the other hand, we know a lot of them are hunters,” he said.

“There may be this culture of killing in the service that’s hard to adjust.”