Rihanna is youngest self-made billionaire in the US 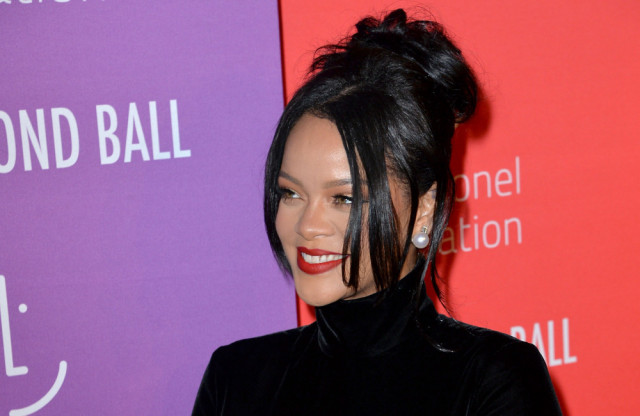 Rihanna is the youngest self-made billionaire in the US.

The 34-year-old singer made her debut on Forbes' annual billionaire's list in April as the world's richest female musician, and now she's been ranked 21st on the financial bible's list of the richest self-made women in the country.

The 'Love on the Brain' singer is worth around $1.4 billion, with a self-made score of 10 - meaning she "would need to have been born into poverty or the lower middle class, and faced adversity such as abuse, being left an orphan or forced to work low-paying jobs" - having generated her fortune herself, largely thanks to her Fenty Beauty cosmetics line, which generated over $550 million in revenue in 2020.

In addition, Rihanna also has a 30 percent stage in the Savage x Fenty lingerie line, as well as a successful pop career, which has helped her become the first person from Barbados ever to make the list.

Kim Kardashian was ranked higher on the list, making 16th place, but the 41-year-old beauty's self-made score was lower than Rihanna's at seven.

And Kim's younger half-sister, Kylie Jenner, was the youngest person to make the list with a worth of $600 million.

Other younger women on Forbes' list included Lucy Guo, the co-founder of Scale AI who is worth $40 million at the age of 27, Whitney Wolfe Herd, the 32-year-old Bumble founder who is worth an estimated 40 million, and 32-year-old singer Taylor Swift, who has a worth of $570 million.

Bio-Rad founder Alice Schwartz - who founded the firm in 1952 - is the oldest person to make the list at the age of 95. She is worth an estimated $2.3 billion.

Other notable names to feature included media mogul Oprah Winfrey in 10th place, Reese Witherspoon at 65, and Serena Williams at 90.