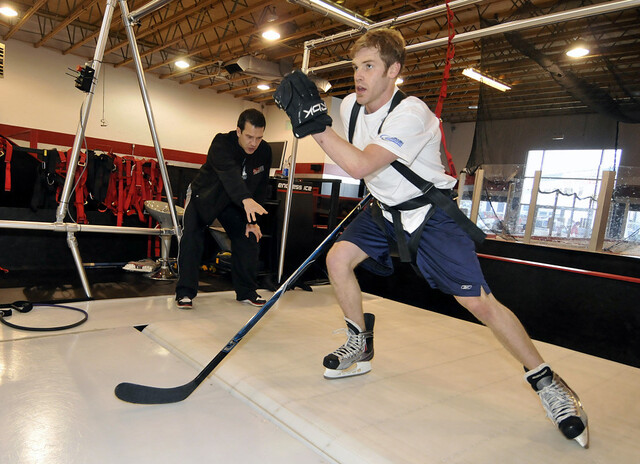 A recent B.C. Supreme Court decision in a proposed class-action lawsuit against the CHL sheds some further details on the allegations a former Kelowna Rocket captain has made against his former league.

James McEwan is one of several former hockey players who allege the Canadian Hockey League, the Western Hockey League and Hockey Canada were negligent by “perpetuating an environment that permitted, condoned, and encouraged to fighting and violence in the game among the underage players that they are obliged to protect.” He claims he is now experiencing symptoms of CTE – chronic traumatic encephalopathy.

The CHL is an umbrella organization for the three major junior hockey leagues in North America – the Western Hockey League, Ontario Hockey League and Quebec Major Junior Hockey League. Players in the leagues are between 16 and 20 years old.

McEwan, who was born and raised in Kelowna, played in the WHL between 2004 and 2008, beginning at age 17 with the Seattle Thunderbirds. He played for the Kelowna Rockets from 2006 to 2008 and was team captain during the 2007-2008 season. During his time in the CHL he was involved in more than 70 fights, and he claims the coaches and managers of the teams he played for “encouraged, praised, and rewarded” him for fighting.

In a pre-certification decision last week, Justice Neena Sharma ruled the majority of McEwan's affidavit about his experience with the the league is admissible in his lawsuit. Additionally, the majority of the affidavits from three other former CHL players were also deemed admissible, along with a report by an expert in amateur sport management.

While the lawsuit was filed in early 2019, it's still in its early stages. One of the lawyers for the plaintiffs, Doug Lennox, says he expects a hearing to determine if the suit can be classified as a class-action to occur some time in the fall.

In his affidavit, McEwan says he was trained and encouraged to be an “enforcer” when he first began playing in Seattle, and by his second season on the team, he began to have persistent ringing in his ears.

“During and after fights, he often had vision distortions and dizzy spells and occasionally felt like he would faint. On one occasion, he lost consciousness in a parking lot after a fight,” McEwan's suit alleges.

“He continued to play after each fight and was not given medical attention. In his final years at the CHL, he began experiencing severe anxiety, mood swings, behavioural changes, and angry outbursts. He was in near constant physical pain and continued to have episodes of cloudiness and distorted vision.”

McEwan says he turned to alcohol and pain medications to cope with his symptoms. He says he would never have engaged in so many fights during his time in the league if he had been aware of the long-term side effects.

He never made it to the NHL, but played in the East Coast Hockey League and American Hockey League after leaving Kelowna in 2008, before he retired in 2014.

“I already had a reputation of being a fighter and it became obvious very early during the tryouts that [his reputation as a fighter] was the skill that the coaches and managers of the team were the most interested in,” McEwan said.

“To this day, I still feel the effects of my years of fighting.”

“I slowly [realized] that the culture of extreme violence at such a young age was extremely detrimental to myself and other children and was not a necessary part of the game," McEwan said, but this statement was deemed inadmissible.

McEwan says he's met many other former players who have “ongoing issues” as a result of their fighting.

Affidavits from three other former players with similar allegations – Myles Stoesz, Rhett Trombley, and Eric Rylands – were also challenged by the defendants.

Stoesz, who played in the CHL from 2003 to 2007 as a teenager, said he was given boxing lessons as part of his training where he sparred with NHL players.

“It was made clear to me that I wasn’t on the ice to play and score, I was there to fight,” Stoesz said in his affidavit. “Fighting was encouraged by the coaches and trainers. One of my coaches told me that I had to fight and if I didn’t, I would end up sitting on the bench and not playing.”

“I think the CHL needs to be held accountable to the current and former players for these injuries. I want the CHL to acknowledge that what we had to do to play in the CHL as teenagers was not acceptable. Looking back at my career in the CHL, I feel like I lost part of my youth. My time in Spokane was a daze of fights.”

One of the lawyers for the plaintiffs, Doug Lennox, says about 100 former players have expressed interest in being a part of the lawsuit.

“Our clients have suffered serious injuries and they are looking for compensation but also they deeply, deeply love hockey and they want it to be made better for the next generation of kids coming up,” Lennox said.

The plaintiffs are also relying on a report by Dr. Skye Arthur-Banning, a professor of Amateur Sport Management at South Carolina's Clemson University.

In the report, Dr. Arthur-Banning says the "CHL has repeatedly failed to alter their stance on fighting in their affiliated leagues, thus allowing for greater potential for athlete injury."

While the defendants claimed the professor is not a qualified expert in the matter, Justice Sharma dismissed their objections, and allowed the report as evidence.