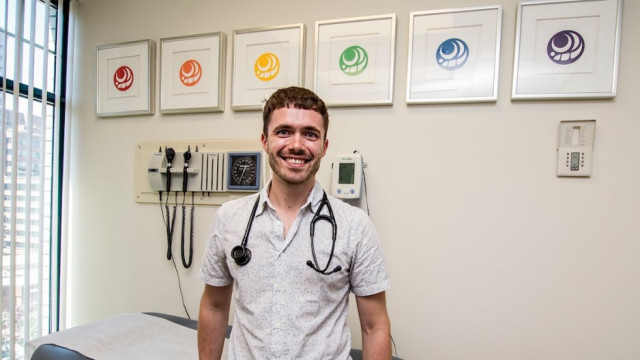 Photo: Chung Chow.
Spectrum Health Dr. Bradley Little works under an alternative payment program where he does not bill a specific amount for each patient visit

Family doctors in B.C. can earn hundreds of thousands of dollars annually, making them considerably higher paid than most workers.

The problem for patients is that many general practitioners (GPs) leave B.C. because they can make more money in other provinces or in the United States.

This has resulted in an estimated 900,000 British Columbians being without a family doctor.

Meanwhile, inflation is outpacing wage growth in most industries, including medicine.

About 70 per cent of B.C.’s 7,229 family doctors are paid using a fee-for-service model, where patients’ appointments are categorized using specific codes.

“Things have come to the point now, where family doctors are simply choosing not to work because it’s economically not viable,” he told BIV.

“For a house call, a GP is paid about $100 an hour. When my dishwasher broke, the guy was there for 15 minutes to fix it, and it cost me $325. That’s three times what a family doctor gets. That is why no one will do house calls. They can’t afford to.”

Day said his conversations with doctors have convinced him that most would want to be paid a fair salary for their work, but Day doubts that the provincial government would be able to afford it.

Indeed, Dr. Ramneek Dosanjh, president of the Doctors of BC  advocacy group, said, “one of the biggest sticking points is how doctors are paid.”

The current system requires most doctors to spend long hours of unpaid time filling out paperwork.

In 2021, former Doctors of BC president Dr. Eric Cadesky billed MSP $513,181, which sounds like healthy compensation.

That gross revenue includes compensation for work at his practice and in long-term care facilities as well as General Practice Services Committee bonuses, which reward physicians for providing more holistic care, he told BIV.

Cadesky must pay expenses out of the money that MSP pays him – office lease payments, furniture, assistant salaries and even cotton swabs, syringes and stethoscopes.

He said physicians’ expenses often eat up to half of the money they get from MSP billings.

For the past 15 years, Cadesky has worked at the Doctors’ Office, although he is shifting his practice to Seymour Health Centre.

“I have not taken off a full week from work since early 2020,” he said. “I have not even had the chance to take off more than two consecutive days.”

Cadesky estimated his workload at about 60 hours per week, including unpaid time completing paperwork. He said he is on call for an additional 20 hours per week.

The most common MSP codes that he invoices are for general patient visits that each pay around $35, depending on a patient’s age. Visits from patients 80 years and older compensate doctors $47.44.

These basic visits tend to take 15 minutes, although they can take longer, Cadesky said.

MSP pays doctors $69.85 for extended visits that include complete examinations, which can only be done once a year.

While getting paid through a pay-for-service model is standard for B.C. family doctors, about 30 per cent are paid through alternate payment plans, which can be service agreements, sessional contracts and salary agreements.

Vancouver’s Spectrum Health shifted to an alternative “population-based funding” payment system as part of a pilot project in 1999.

The clinic primarily provides care for gay men and those who are HIV-positive, but it also has patients who are not in those groups.

“The visits I have with patients are very dense, covering many concerns and medical issues. With fee-for-service you are not incentivized to do that.”

Little said he bills MSP using a different set of codes to inform the province’s Ministry of Health about the kinds of medical conditions that his patients have.

“My typical visit length is 15 minutes, but I can easily do longer appointments if a patient is very complex, since this does not impact how much I get paid,” he said.

“This is particularly helpful for elderly and complex patients, especially if it is hard for them to get to the office due to mobility issues or other reasons. It also is more enjoyable for me to not feel like I have to rush through visits to get paid more.”

The complexity of care that Little provides means that he is not able to determine exactly how much he will be paid for each visit, he added.

Little schedules four days of patient appointments and then takes one day to catch up on administrative tasks, he said.

Spectrum Health billed MSP $3,403,078 in 2021, but it is impossible to say how much each doctor or nurse at the clinic was compensated.

Spectrum Health lists nine doctors on its website, although at least one is on leave. Other doctors temporarily work at the clinic.

“From purely a business perspective it makes sense, especially in a high-cost-of-living city, to work in a group practice,” Little said.

“From a sense of job satisfaction, support and mentorship, it is much better to work together with other doctors, nurse practitioners, nurses and other allied health [workers]. I think this is probably the primary reason why more doctors work in a group practice. We can provide higher value care as a team, and support each other through difficult cases.” • 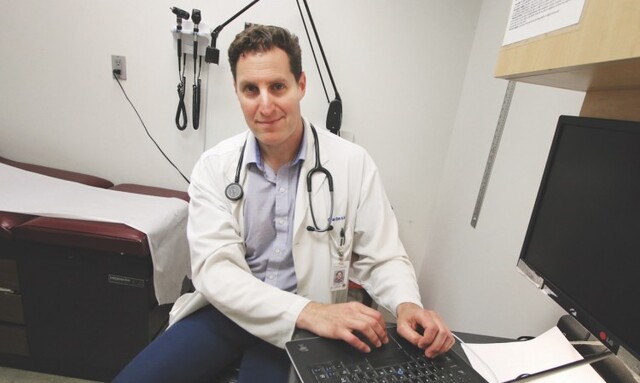