Earning a living as a hospital physician is no simple operation 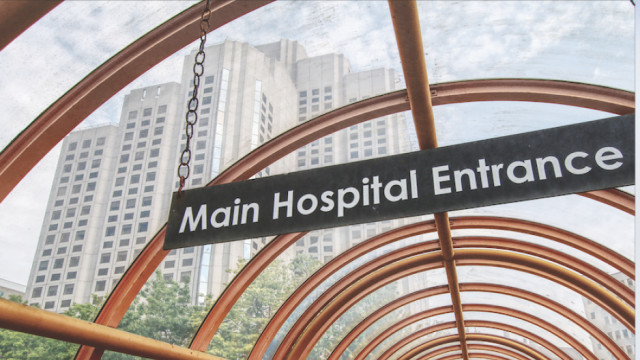 Complaints over low pay and understaffing pushed B.C. hospitalists (general practitioners who provide care for patients within hospitals) to the brink of a walkout in June 2006.

The threat of hospitalists returning to community practice eventually pushed the Ministry of Health to strike an agreement the day before the contract was due to expire. The one-year agreement was a first for Canada; it ensured standard provincial pay rates for hospitalist services.

That standoff between hospitalists and the Ministry of Health 16 years ago helped bring to the forefront the complexities behind the economics of doctoring within B.C. hospitals. While family practices are most often associated with the fee-for-service model, the wide array of physicians who work in hospital settings can be compensated through a mix of salaries, alternative payment funding as well as through the aforementioned fee model.

“Physician compensation is complex, and it is difficult to describe in generalities,” the Ministry of Health said in a statement responding to a list of questions posed by BIV about how doctors based primarily at hospitals typically earn an income.

“Emergency department physicians at one hospital may be on contract but on fee-for-service in another hospital [and] physicians working in health authority facilities may or may not incur overhead costs (e.g. for a community-based office). The service location, physician specialty or other criteria do not definitively determine how physicians are paid or costs they may be responsible for, as there are service delivery model and community specific considerations that inform which compensation options are appropriate.”

Family doctors rely primarily on the fee-for-service model for the practices they run, which essentially amounts to operating small businesses that face 0verhead costs such as staff and office space.

But hospital-based specialists such as surgeons might also run clinics off-site.

“They have to pay for the office space, and the staff and the electronic medical records,” said Jason Sutherland, a professor at the Centre for Health Services and Policy Research within the University of British Columbia’s Faculty of Medicine’s School of Population and Public Health.

“If specialists or hospital-based [doctors] don’t have to run a clinic, then obviously they don’t have the intense requirements to run a business also. Whereas others that need to run a clinic that’s off-site from the hospital, then they’re split between the two.”

The fee-for-service model for hospital-based doctors also means different payments depending on the treatment or circumstance.

For example, the fee for an orthopedic office visit runs to $50.24 compared with a hospital visit at $30.70, according to the province’s Medical Services Commission payment schedule.

But if it’s time for an orthopedic doctor to perform surgery at a hospital, fees run into hundreds and thousands of dollars depending on what’s undertaken during the surgery.

A plastic surgeon would charge the province a fee of $35.53 for the removal of a nail – considered a “simple operation” under the payment schedule – while work on a cleft palate would run to $553.74

Meanwhile, Sutherland said some health authorities or hospitals might create incentives for specialists to remain on site rather than operating their own clinics away from the hospital.

Those incentives could include space within the hospital, more paid time to pursue research and better access to students assisting them.

“It’s not really a clear-cut competition for them,” Sutherland said, referring to the potential for different hospitals to provide incentives for these doctors through compensation.

“It’s more about how they can make their workplace better, I would say, because the hospital doesn’t get to negotiate the fee amounts with the individual specialists.”

Instead, fees are negotiated between the province and Doctors of BC, the association representing about 14,000 physicians, residents and medical students across the province.

Doctors of BC declined to offer insights about how the economics of doctoring in a hospital setting work.

Sutherland said both hospital-based doctors and family doctors are now facing substantial challenges in the wake of the pandemic.

“They’re all getting crushed, to be honest with you,” he said.

“And patients, on the other hand, and their families are facing very lengthy delays – not only for imaging, but assessment and consultations, to decide whether or not they need further interventions. And if they need these interventions, [they face delays for] followup care. There’s just excess demand all through the system right now.”