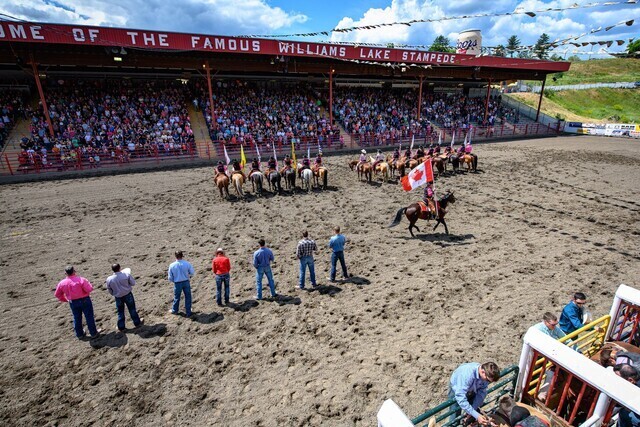 The B.C. Prosecution Service has approved charges against a man suspected of shooting two people at the Williams Lake Stampede over the weekend.

Jordell Anthony Sellars faces one count each of attempted murder and discharging a firearm with intent to wound and remains in custody pending a bail hearing next week, according to court records.

Police in the community of 11,500 people 236 kilometres south of Prince George were called to a report of a "public shooting" on Sunday afternoon at the stampede grounds.

Two people were taken to hospital and the grounds were evacuated.

In a video posted to the stampede’s Facebook page, Williams Lake Stampede president Court Smith commended the announcer for doing a "fantastic job of having people exit the facility. Things are returning a bit to normal.”

Police said the shooting appeared to be targeted although adding a bystander was also wounded. Both are expected to recover.