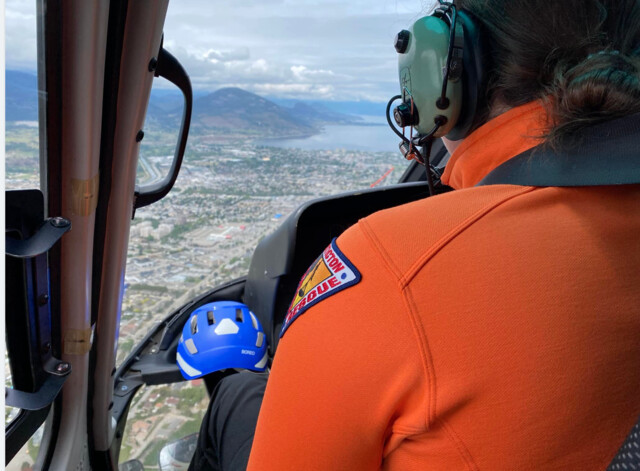 It was a team effort from the Penticton Fire Department, BCEHS personnel, Penticton Search and Rescue (PenSAR) crews and civilian climbers to get an injured climber out of a 'tough rescue' on Tuesday in the Skaha Bluffs area.

PenSAR said that they were called just before noon to assist Penticton Fire and BCEHS personnel to evacuate a severely injured climber who had reportedly fallen a significant distance and had sustained serious injuries.

In order to get the injured person out of the bluffs, rescue crews and recreational climbers who volunteered to assist worked together to carry the subject to an area where the PenSAR helicopter rescue team could airlift the subject out.

The injured climber was transported to an air ambulance which had landed nearby, and taken to hospital.

"PenSAR is not aware of the subject’s condition but wishes a speedy recovery," they said, adding that they would like to thank everyone who assisted.